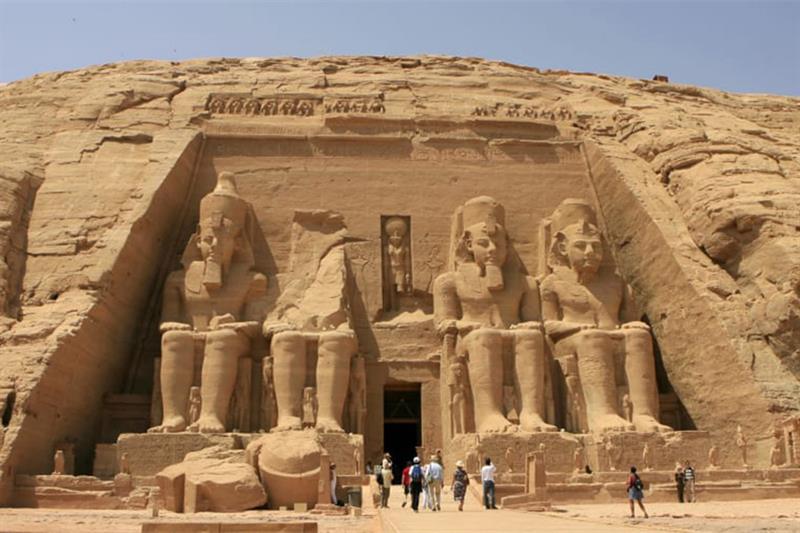 Ticket to the archaeological sites of Upper Egypt, museums at half price until the end of August – Sightseeing – Egypt

“A 50% discount on entry on tickets for Egyptians and foreigners to archaeological sites and museums in Upper Egypt – from Beni Suef to Aswan, including the New Valley and Fayoum from June to August 2022 “, said the ministry.

On Thursday, Egypt announced the lifting of all COVID-related entry restrictions for all travelers, whether Egyptian or foreign.

Earlier this month, the Egyptian cabinet’s media center released a video, the first part of a series titled “Egypt… From here the journey begins.” The series aims to promote Egypt as one of the “world’s favorite tourist destinations”.

The six-minute video reviews the most important plans and mechanisms that Egypt is implementing to regain its status as one of the world’s favorite tourist destinations.

Egypt’s measures and initiatives come at a time when its tourism sector is struggling to recover from the impact of the Russian-Ukrainian war, as the country relies heavily on visitors from both countries.

In the second half of 2021, Egypt’s tourism sector gained momentum thanks to the return of Russian tourists to Sinai in August and high-profile events such as the glitzy Golden Parade of the Pharaohs in Cairo in April and the opening of the Avenue of the Sphinxes. in Luxor at the end of November.

In the first six months of 2021, 3.5 million tourists visited Egypt, with revenues reaching $3.5 billion to $4 billion. According to the Ministry of Tourism and Antiquities, this is almost equivalent to revenues in 2020, when the sector had started to recover from the setbacks of COVID-19.

In April, Britain’s Daily Mail news site selected Egypt as one of the best tourist destinations for spring and summer 2022, taking second place on a list of top holiday destinations.

In the same month, Tripadvisor, the world’s largest travel advice platform, named Cairo the “second trending destination in the world and the ninth best destination for city lovers in 2022”.