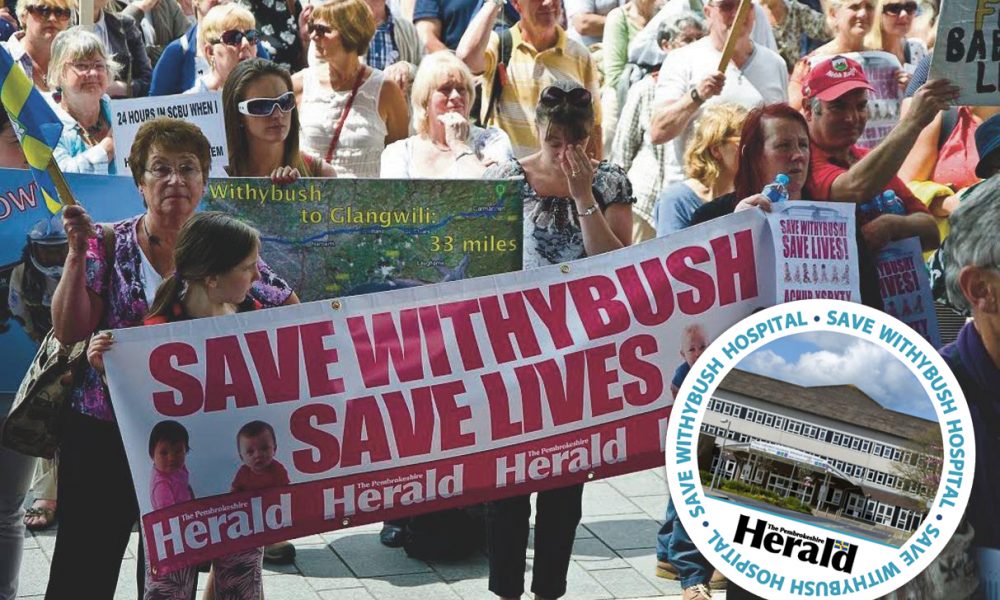 The HYWEL DDA health board says it will consult the public on three potential sites, two in the Whitland area and one in St Clears, for a new planned and urgent care hospital as part of its wider strategy to improve health and healthcare in the region .

The health board submitted plans to the Welsh government earlier this year. He insists that if successful, the new hospital could drive a regional investment of £1.3billion in health and care in West Wales.

Despite opposition from many people in Pembrokeshire, a petition signed by thousands and dozens of protesters is proceeding with his plan.

The health board’s argument is that the foundation of its plan is to bring care as close to people’s homes as possible, with plans for several integrated health and care centres, designed with local communities, across Carmarthenshire , Ceredigion and Pembrokeshire.

Locals say a hospital far from central Pembrokeshire would mean longer journey times in an emergency, costing lives. They also point to the poor condition of the rural roads and the fact that the A40 has not been overtaken by St. Clears – the road is often closed in the event of an accident, meaning lengthy diversions.

A new urgent and planned care hospital is part of the board of health’s strategy to be able to provide more community-based care again, having a sustainable hospital model fit for future generations. According to the board, this would improve and increase the specialist care services that can be provided and address some long-standing issues, including old hospitals, problems with maintaining medical rotations at multiple hospitals, and staff recruitment.

At a meeting on Thursday (August 4), Council heard that the process of evaluating potential new hospital sites, in the area agreed following a “public consultation” in 2018, had received recognition from best practices from the independent Consulting Institute. .

It was unanimously agreed that further public consultation was needed, in particular to hear the voices of the seldom heard and of staff, including those in the community and primary care services.

Based on the evidence and details provided through the comprehensive land assessment process to date, the Board has decided to submit three of the five sites previously considered for public consultation.

Sites that will not be advanced include one of two at St Clears (Site J). Indeed, it had the highest risk score based on site characteristics and it was rated significantly lower than other sites in the technical assessment, which was made up of a majority representation of the public and used a weighted scoring process in accordance with what is most important to our communities.

The other site not subject to public consultation is the Narberth site. This was due to clinical evaluation concerns that a more westerly site would result in fewer births, neonatal admissions and acute pediatric admissions, reducing critical mass for safe and sustainable services, and having a negative impact on maintaining trainee status for doctors, nurses and midwives. As for urgent transfers, eg neonatal and cardiac intensive care, these all go east and a hospital in Narberth would result in longer transfer times.

Summarizing the meeting, Hywel Dda University Health Board Chair Maria Battle said: “Our business case for the scheme with the Welsh Government seeks the biggest investment West Wales has ever had. seen and builds on the foundation of our promise to bring as much care as possible closer to people’s homes through integrated care centers in many towns across West Wales.

“We have listened and continue to listen to the fears and voices of the public we serve and our staff who understand the frontline challenges of trying to deliver service across so many sites and spreading so thinly. As a Board of Directors, we are committed to continuing to listen to and consider these perspectives at every step. Recognizing the fragility of our services and the risk this poses on a daily basis, we do not intend to make any changes to Glangwili or Withybush Hospital until a new hospital is built. And thereafter, they will continue to provide valuable health services to our communities. »

The health board will now work closely with the Hywel Dda Community Health Board to develop a consultation plan to hear the views of people at the three remaining sites, one in St Clears and two in Whitland.

Activists say moving care out of the county puts adults and children at risk of poor outcomes or even death. It’s a crucial waste of time, when time is not on our side.

One activist told the Herald: “We have 125,000 residents and millions of tourists.

“By implementing the downgrades, HDUHB will knowingly put their lives at risk.

“We reiterate, we are a rural and sprawling county, with poor roads and public transport network.

“Refinery, gasworks, ferry ports, shooting range, extreme sports, plus one of the most dangerous occupations: farming.

“HDUHB can infer that the ‘golden hour’ is no longer relevant, with better equipped ambulances and better trained staff, but it depends on the availability of an ambulance to help and give that immediate care.

“This is increasingly not the case as ambulances fail to show up as they are dispatched out of the county, unable to unload and unable to return to the county, to provide needed assistance.

“It is a terrible feeling to know that if our loved ones or our children have an asthma attack, epileptic seizure or other critical life-threatening condition, under the new plans, it is unlikely that they manage to help and survive.

“HDUHB said it would not guarantee emergency care would remain at Withybush General Hospital until (and if) new construction is operational! This is unacceptable.

“We have lost faith and trust in HDUHB and do not believe they are working in the best interests of Pembrokeshire.”