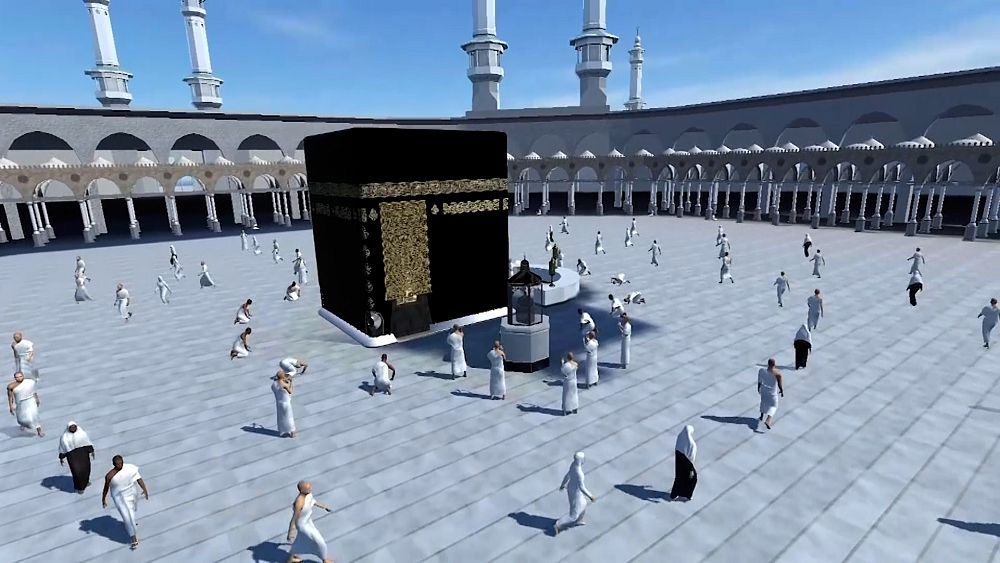 The Metaverse opens the world’s holiest sites to virtual pilgrims

Faith-based virtual reality spaces allow users to pilgrimage and explore some of the holiest cities, experience rituals, pray and worship in the metaverse.

BSocial is one of the pioneers of virtual holy city experiences.

In 2015, the digital agency’s managing director, Ehab Fares, created some of Islam’s holiest sites, including Mecca, in a metaverse they named Experience Makkah.

“There is a younger generation that is glued to cellphones, and I wanted to reach that generation and introduce Islam using technology,” Fares said.

The latest version can be explored via Google Cardboard, a low-cost cardboard attachment that turns smartphones into virtual reality viewers.

The Holy City, also invented in 2015, allows pilgrims to follow Orthodox clerics as they exit the Church of the Holy Sepulcher during the Holy Fire ceremony, drop a prayer note through a crack in the Western Wall or follow the steps of thousands of worshipers during Ramadan at the Al-Aqsa Mosque.

“We believe virtual reality is the new internet, the new way for people to not just passively watch things on screen, but to teleport and be able to travel and explore,” said Nimrod Shanit, producer and director. of The Holy City. virtual reality experience.

Academia is convinced of the industry’s vision of the 360 ​​degree holy experience.

“At some point, religion engages your mind and also engages your body,” said William Green, professor of religious studies at the University of Miami. “And you can’t do that in two dimensions, but you can do that in the metaverse.”

Green intends to bring VR headsets into the classroom.

This spring, University of Miami students walked through a Haitian voodoo ceremony, a Hindu funeral rite and a Christian baptism across the metaverse during a class titled Religion and Sacred Spaces in the Age of Virtual Reality and of artificial intelligence.

For more on this story, watch the video in the media player above.