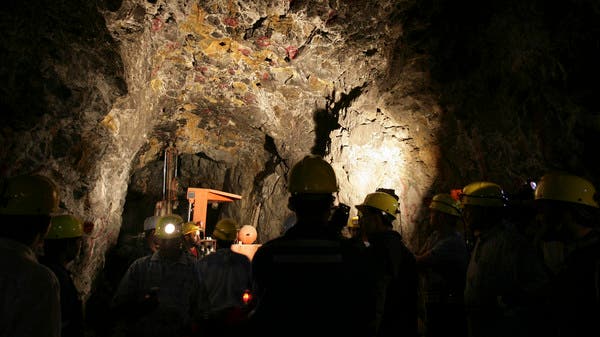 Saudi Arabia announced on Thursday the discovery of new gold and copper ore sites in Medina.

The gold ore discoveries took place within the boundaries of Aba al-Raha in the Medina region, the Saudi Geological Survey said in a post on social media.

Meanwhile, copper ore has been discovered at four sites in the al-Madiq area, also in Medina.

New discoveries should attract local and international investors and in turn contribute to the development of the national economy.

The site would have a planned investment of $533 million and should generate approximately 4,000 jobs.

Mining is one of the sectors that has been identified for expansion as part of the Vision 2030 goals set by Saudi Crown Prince Mohammed bin Salman.

In June, when the Saudi Crown Prince announced the national priorities for the research and development sector, the sustainable development of the rapidly growing mining sector was a focal point.

In May, Saudi Arabia’s Ministry of Industry and Mineral Resources presented plans to attract $32 billion in investment in the mining sector.

The ministry’s objective would be to fund nine mining projects for intermediate minerals and metals.

Earlier in January, Prof. Abdulaziz bin Labon, chairman of the Saudi Geologists Cooperative Association, told the SPA that Saudi Arabia is home to more than 5,300 mine sites.

These would include various metallic and non-metallic rocks, building materials, decorative rocks, and gemstones.

AI will be the “beating heart” of the Saudi NEOM, THE LINE: Summit