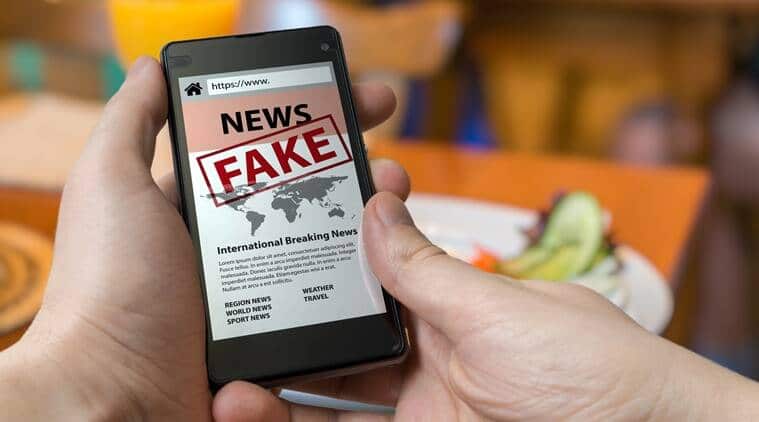 A teenager falls off his bike and dies because he didn’t see potholes in the dark without street lights. Ukrainians would buy apartments in Russia with the help of Europe. Or there is a strange gas explosion in a school in the German city of Bremen caused by economy measures.

All of these false reports have been circulating online in recent days. What’s special about them is this: they appeared on websites that closely resemble those of German news outlets such as spiegel.de, welt.de, bild.de and t-online. It is often hardly possible to tell the difference from the original.

“Imitating websites and spreading fake news and propaganda via seemingly reputable media whose name has been misused is something that does not yet exist in this form in Germany,” said Felix Kartte, head of of Reset, an NGO that advocates for the regulation of technology. businesses.

Journalist Lars Wienand, who exposed the latest pro-Russian disinformation campaign in an article for t-online, found more than 30 such counterfeit sites, and the German outlet managed to shut down the phenomenon fairly quickly.

“We saw it on August 26 and immediately wrote to the server in the Netherlands. By August 29 the site was gone,” Wienand told DW. “But it reappeared in Colombia soon after.”

The site has since been removed from the web as well. “Colleagues were able to resolve the issue with the help of IT services company Cloudflare and the company the site was registered with,” Wienand said.

Unfortunately, such successes are rare. Many media fail to contact the sites in question. “Because fake websites hardly ever have site reviews,” Weinand says, there are no addresses or people to contact. And when the host is outside Europe, he says, any legal action is mostly futile.

This is also the experience of publisher Axel Springer, who runs two of the biggest German dailies, Die Welt and Bild. “Unfortunately, the instigators can almost never be identified,” the company said in a statement. “As a rule, we examine whether something can be done legally and, depending on the likelihood of success, initiate our own proceedings or commission external law firms to enforce our requirements.”

The publisher of Der Spiegel in Germany contacted its readers directly, informing them in an article about news websites almost perfectly rigged with pro-Russian propaganda using the Spiegel design.

“Normally, we are very reluctant to report imitated websites, as there are usually dubious and commercially motivated interests behind them which we don’t want to reward by drawing our readers to them,” the publishing house said. But he added that in the case of this current fake news campaign, the need to provide information prevails.

Salvation through the “Digital Services Act”?

This inability to act in the face of the incessant waves of false information on the Internet could soon be over, believes expert Felix Kartte. These practices would be “a good place to enforce the Digital Services Act (DSA),” he said.

This law, passed in July this year by the European Parliament, obliges platforms, among other things, to strengthen their prevention, control and reactions to disinformation campaigns. It will probably enter into force in the autumn and will then have to be implemented by EU member states.

Kartte is certain that “if the DSA were already in effect, the media would have more effective means of filing complaints against the platforms, and the fake sites would have been taken down”. He says the media are interested in the measure being implemented, as it would mean fake sites would be taken down faster and their effect would be limited.

Spiegel hopes the DSA will “facilitate law enforcement with respect to content shared on major platforms.”

The past, however, has repeatedly shown that “distributors of illegal content generally find ways to continue to reach their audiences while avoiding regulators”.

Even though Germany has never experienced such a wave of false reports being disseminated via fake websites, misinformation is not a new phenomenon in Europe. In 2018, a leading Swedish fact-checking platform, established by five publishing houses, was impersonated by a similarly-looking fraudulent website.

Josef Holnburger of Cemas, an organization that analyzes conspiracy theories and far-right content, argues that people who run disinformation campaigns should be banned from social media platforms.

“The platform works! Removing bad actors from platforms like YouTube means reducing their reach,” says Holnburger. Adding that while they can create new accounts on other platforms, in most cases they will then share them with a much smaller group of like-minded users.

This article has been translated from German

2022-09-04
Previous Post: Last attack on the reservoir of the proposed sites – Not enough water
Next Post: art galore as the World Cup approaches