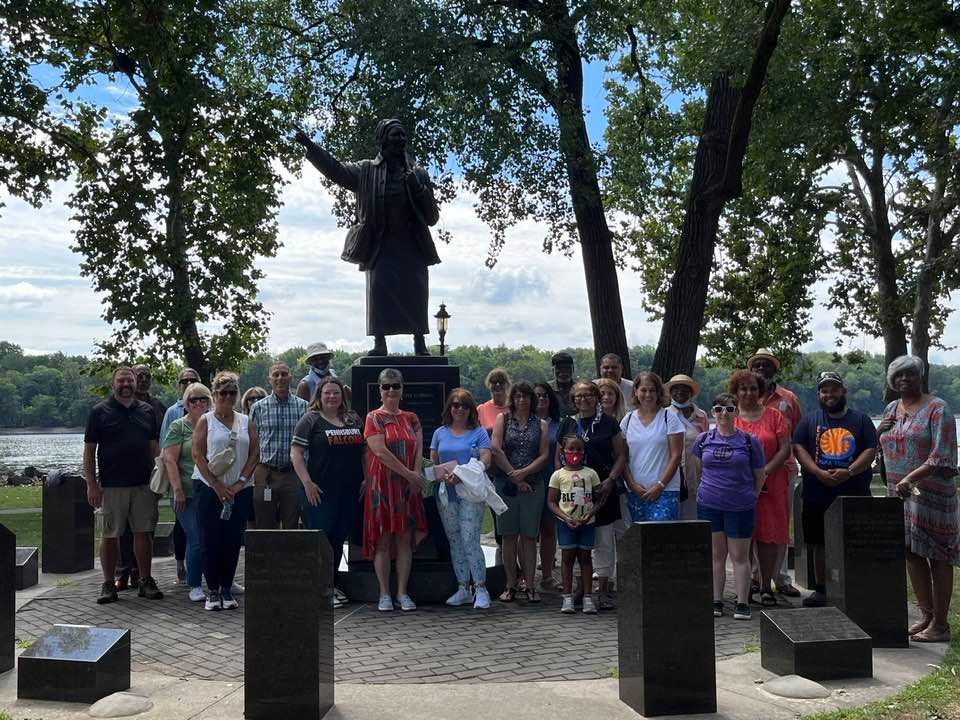 Teachers, administrators and support staff from the Pennsbury School District recently had the chance to visit historic sites related to the Underground Railroad in Lower Bucks County.

The sites served as weigh stations and hideouts along the Underground Railroad as slaves fled captivity and forced labor.

“The tours explored the plight of slaves as they escaped dangerously from bondage, and the key role played by AME churches, Quakers and other abolitionists in Bucks County. Ultimately, the tour described how freed black people were able to escape to safe havens, like New York and Nova Scotia, Canada, while some freed black people stayed and built their communities right here in Bucks County,” the Bucks County African American Museum said in a statement.

Linda Salley, president of the African American Museum of Bucks County, said the tours shared “untold stories and revealed characters hidden right here in Bucks County to our citizens as well as visitors.”

“We were especially pleased to share this story with the teachers and administrators of Pennsbury, as they are responsible for the education of our children, who represent the future of our country,” she said.

Dr. Cherrissa Gibson, Director of Human Resources, Professional Development and Equity for Pennsbury, said, “We are delighted to have the AAMBC (African American Museum of Bucks County) as a resource for our teachers and our students. We recognize that local history is important to our students and their families, and AAMBC can teach us a lot about the key role the people of Bucks County have played in American history.

Report a correction by e-mail | Editorial standards and policies