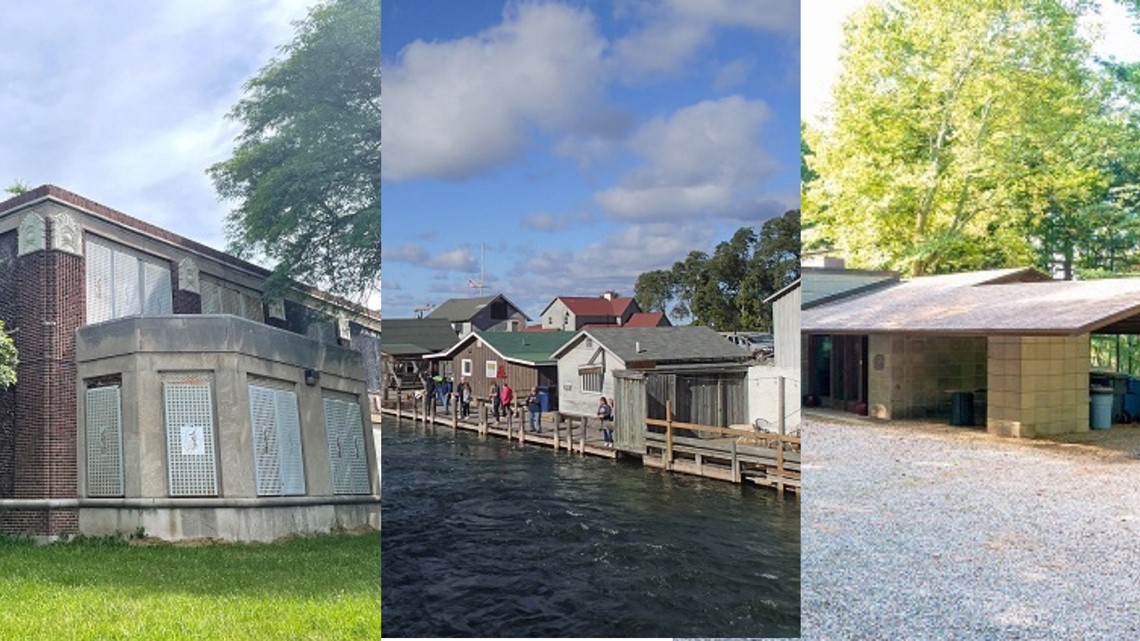 Michigan sites added to the National Register of Historic Places

One of the sites is here in Grand Rapids.

LANSING, Michigan – Fourteen Michigan historic properties have been honored by being added to the National Register of Historic Places.

The list is the federal government’s comprehensive list of sites worthy of preservation because of their historical significance.

The registry has honored more than 96,000 properties nationwide, including nearly 2,000 in Michigan since its inception in the 1960s.

Properties on the list must be at least approximately 50 years old, must be significant to a historical event or a community, state or nation, and must be able to convey their meaning.

“From Detroit to the Soo and from individual properties to complexes and historic districts, these historic properties tell the stories of our communities, our state and our nation,” said Martha MacFarlane-Faes, Assistant Historic Preservation Officer for the ‘State. “They illustrate our shared history, foster a sense of pride in our communities, ensure recognition of our historic places and generate investment and economic activity.

One of the selected properties is here in Grand Rapids. The former Motherhouse complex of the Sisters of the Order of St. Dominic, located at 2025 Fulton Street East. The complex was previously used as religious and educational spaces, but is now being redeveloped into affordable housing.

Another selection for the historical register was Luther Burbank Elementary School in Detroit. It is significant in Wayne County for education and architecture, with an art deco style and the example of the city of Detroit’s educational policies and trends in the 1930s and 1940s.

The historic Fishtown neighborhood in Leland, one of the few surviving commercial fishing towns on the Great Lakes, was added to the list for its deep Michigan roots. The unique village preserves the history and architecture that goes along with Michigan’s fishing history.

“Fishtown is the heart and soul of the Leland community, it always has been. Over the decades, its significance and rarity have increased as commercial fishing has disappeared from other Great Lakes coastal towns,” said Fishtown Preservation Society Executive Director Amanda Holmes. “Fishtown is more than a series of buildings, it’s a functioning waterfront that also helps preserve a way of life that has been an integral part of this community for over 170 years.”

Parkwyn Village, a Kalamazoo housing estate designed by Frank Lloyd Wright in 1947, was also honored. Its importance comes from the state level, in the fields of architecture and community planning and development, historical officials said.

The 42-lot neighborhood takes its name from the two main streets nearby, Parkview and Winchell Avenues. The registry committee says it was a rare and successful example of the post-war co-op housing movement.

“The recognition of Parkwyn Village as a National Historic Resource is a tribute to all who have considered its ideals worthy of preservation since its founding 75 years ago. They believed not only in its free-form layout with green space and distinctive individual home design, but also in ideals of communion with nature and non-discriminatory housing,” said the President of the Parkwyn Village Homeowners Association, The Tungs.

“Most importantly, they continue to work toward the American vision of a democracy of service and active participation, an ideal first associated with our neighborhood by its designer Frank Lloyd Wright in 1947: “The Parkwyn project is a example of true democracy in action because it represents a group of people working together to achieve individual freedom.

Below is a complete list of resources named by the National Register of Historic Places in the first six months of 2022:

►Make it easier to update with more stories like this. Download the 13 ON YOUR SIDE app now.