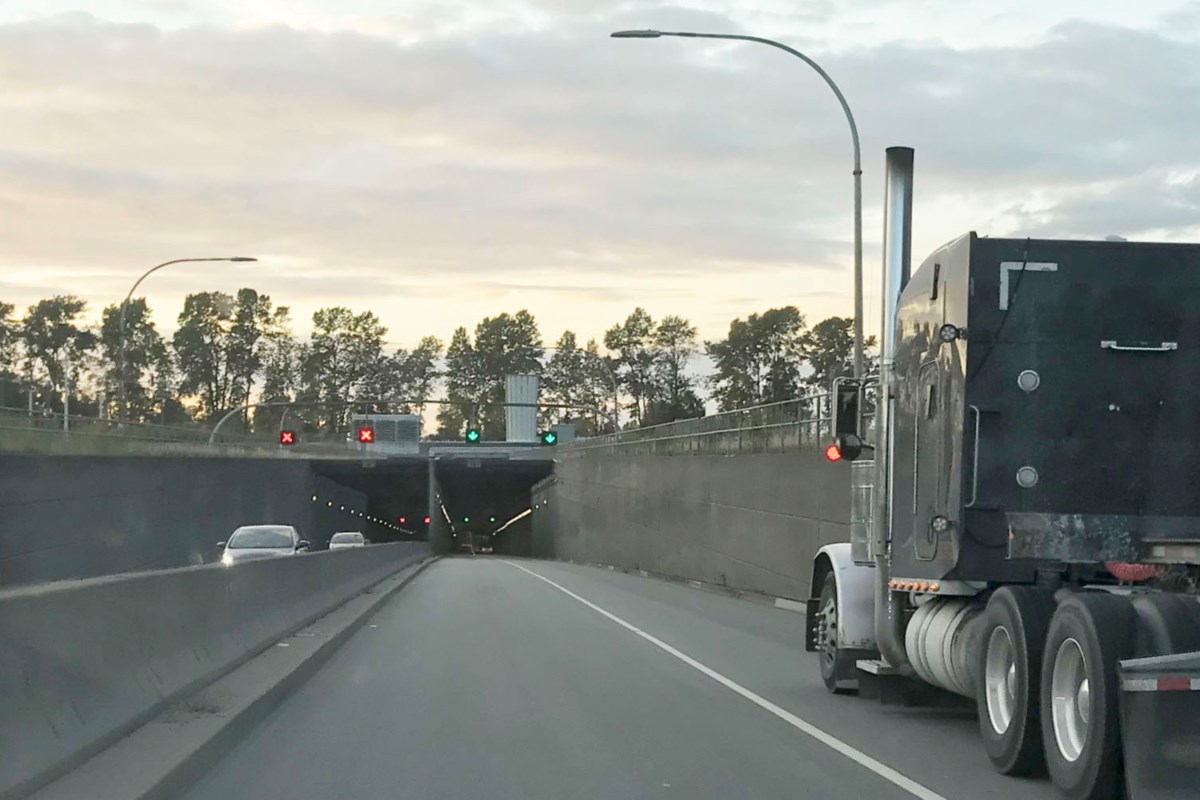 Major Vehicle Accident Sites in the City of Delta

It is no surprise that the busy tunnel is the main vehicle accident site in the South Delta.

The number of accidents in the George Massey Tunnel has decreased over the past two years.

That’s according to recently released accident statistics for 2021 from ICBC, which also provided figures for locations in the previous four years.

Figures indicate that the tunnel in 2021 had 85 accidents.

Before 2019, the number of accidents tended to increase over the previous two years.

To improve safety, the province undertook the $40 million George Massey Tunnel Safety and Reliability Improvement Project, which included improving lighting and visibility inside the tunnel at 63 year old level.

Other elements included an upgrade to the fire alarm, ventilation and electrical systems as well as drainage improvements.

Meanwhile, the Alex Fraser Bridge had 260 accidents in 2021.

ICBC statistics also listed in order Delta’s top sites for vehicle crashes last year, and 120 Street (Scott Road) and 72 Avenue topped the list with 110 crashes. This was followed by 120 Street and Nordel Way, which saw 103 crashes.

Other than the tunnel, the roads in the southern delta were much further down the crash site list compared to the northern delta.

The primary crash site in the South Delta was 56th Street on Highway 17 and the turn lane where 51 crashes were reported, followed by Highway 17A and Highway 99 which had 41 crashes.

Earlier this year, the Delta board approved an engineering department recommendation directing the city to undertake safety improvements at 20 intersections as part of a new comprehensive road safety strategy.

Most of them will occur in the North Delta, identified as major accident locations according to crash data from ICBC and Delta’s emergency services.

This is part of Delta’s new Vision Zero security strategy.

Vision Zero is a multinational road safety project that aims to achieve a road system without fatalities or serious injuries.

One of the key differences between Vision Zero and traditional approaches to road safety is that road crashes are seen as preventable, viewing safety as a shared responsibility between system designers, decision makers and road users through system level changes.

An Engineering Department report notes that the most common crash types at the top 20 intersections included rear-end crashes, anti-left-turn crashes, corner crashes, and side crashes.

A number of short-term and long-term measures are proposed.

Intersections along Scott Road were excluded from a safety study undertaken by a consultant, as the 120th Street corridor is being considered separately in conjunction with the City of Surrey as part of the R6 RapidBus project.