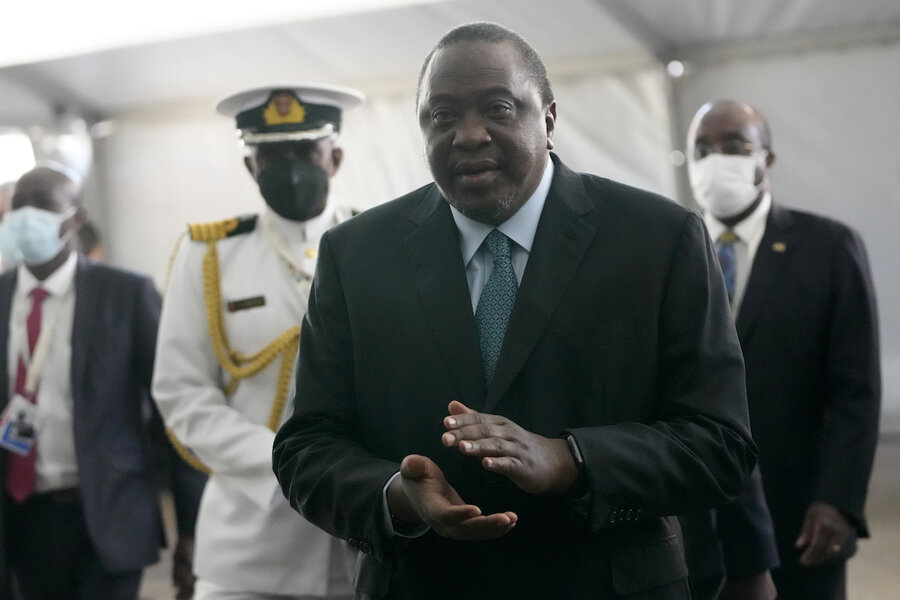 Social media users in Kenya are at risk of political misinformation, hate speech and incitement against ethnic communities ahead of August elections, with rights groups warning the posts are stoking tensions around the vote .

A Mozilla Foundation report this month highlighted dozens of posts on the TikTok app, including videos comparing a political candidate to Hitler and claiming he would attack other ethnic groups once in power.

The posts are increasing tensions in a “highly volatile political landscape” that has already seen deadly post-election clashes, the report’s author said, adding that the platforms are failing to effectively crack down on abuse.

“Hate speech can be hard to pinpoint…but so much of this content is so blatantly problematic,” Odanga Madung said.

“No media house in Kenya would publish it because it would be shut down.”

TikTok said it works to remove harmful content, and many videos Mr Madung flagged have been removed or labeled as sensitive since his study was published.

Kenya goes to the polls on August 9. General elections in the East African country are often highly contentious and polarized, with many traditionally voting along ethnic lines. They have sometimes been marred by inter-community violence.

An estimated 1,300 people died in clashes following a disputed election in 2007, and some Kenyans fear problems if the outcome of the upcoming vote is disputed.

Mr Madung found more than 130 TikTok videos containing hate and misinformation during a six-month investigation, which had collectively amassed more than 4 million views.

“The platform not only enables the publication of this harmful content, but it also amplifies it algorithmically,” he said.

“We prohibit and remove election misinformation, promotion of violence and other violations of our policies and partner with accredited fact checkers,” he said in a statement.

Their moderators lack knowledge of local languages ​​and dialects while the rules fail to take into account specific cultural and societal contexts, allowing problematic content to spread quickly with potentially serious consequences, they said.

While much has changed in the past 15 years, including the emergence of a stronger justice system, Kenya remains “highly vulnerable” to episodes of pre- and post-election violence, according to a report by the International Crisis Group this month.

“This is mainly due to the polarized, ethnic and personalistic politics that have characterized electoral competition in the country for decades,” he said.

More than half of Kenya’s 53 million people are under 35 and around 12 million use social media, according to the Data Portal website.

A Reuters Institute survey last year found that 75% of Kenyan news consumers struggled to distinguish between real and fake news online, and more than 60% said they had discovered fake news. policy information during the previous week.

As the poll approaches, platforms are awash with sparse graphics, images and videos promoting false and misleading information.

“Online disinformation, where the truth is deliberately distorted to drive particular agendas during elections, is extremely dangerous, and very difficult to stop once it is out there.”

Officials from the National Cohesion and Inclusion Commission (NCIC), a government body set up after the 2007 election violence to tackle hate speech, said they were seeing a marked increase in harmful political rhetoric in line.

“A lot of this hate speech is organized,” said NCIC commissioner Danvas Makori.

“We are working with platforms like Facebook to identify individual accounts and groups that are clearly spreading [incitive] content and take legal action – but it’s still a very slow process.

Mr Makori said the NCIC had identified 83 cases of election-related online hate speech and individuals were being prosecuted.

Misinformation spread on many popular platforms as the election approached.

On Facebook, a manipulated video incorrectly suggested that former US President Barack Obama had endorsed Mr Ruto as his presidential candidate, while Twitter saw a trending hashtag earlier this year that spread unfounded allegations against his rival M .Odinga.

Posts identified by Mr Madung on TikTok included a video with a manipulated image of Mr Ruto wearing a blood-covered shirt and holding a knife, with a caption alleging he was a murderer. The post has had over 500,000 views.

Other TikTok videos used coded language referring to certain ethnic communities as “madoadoa”, a Kiswahili word meaning “stains”, which was listed as hate speech by Kenyan authorities ahead of the election.

Facebook and Twitter have told the Thomson Reuters Foundation they are taking aggressive steps to combat misinformation, including hiring expert moderators and partnering with independent fact checkers.

Twitter said it was committed “to protecting the health of the election conversation.”

“We use a combination of technology and human review to identify misleading information on the Service, and have recently expanded our policy and enforcement to address the rise of misinformation across the world,” a carrier said. word of Twitter.

But digital rights groups have said the platforms’ actions are sorely lacking, citing cases in Ethiopia and Myanmar where Facebook is accused of failing to commit police abuse and playing a key role in spreading hate speech that fuels ethnic violence.

Removal of harmful content often takes weeks or is not removed at all, and current appeal mechanisms are slow to respond to or even acknowledge concerns, they said.

When the content is in a language other than English, the process can be slower, putting the safety and security of individuals or groups at risk, campaigners said.

“It is clear that moderation practices are inadequate. There is a lack of transparency on how many moderators they have, how many languages, dialects they speak and what knowledge they have,” said Bridget Andere, an Africa policy analyst with the group. Access Now digital rights advocate.

“These platforms have the resources, but they just don’t invest enough in content moderation, especially in the Global South.”

This story was reported by the Thomson Reuters Foundation.