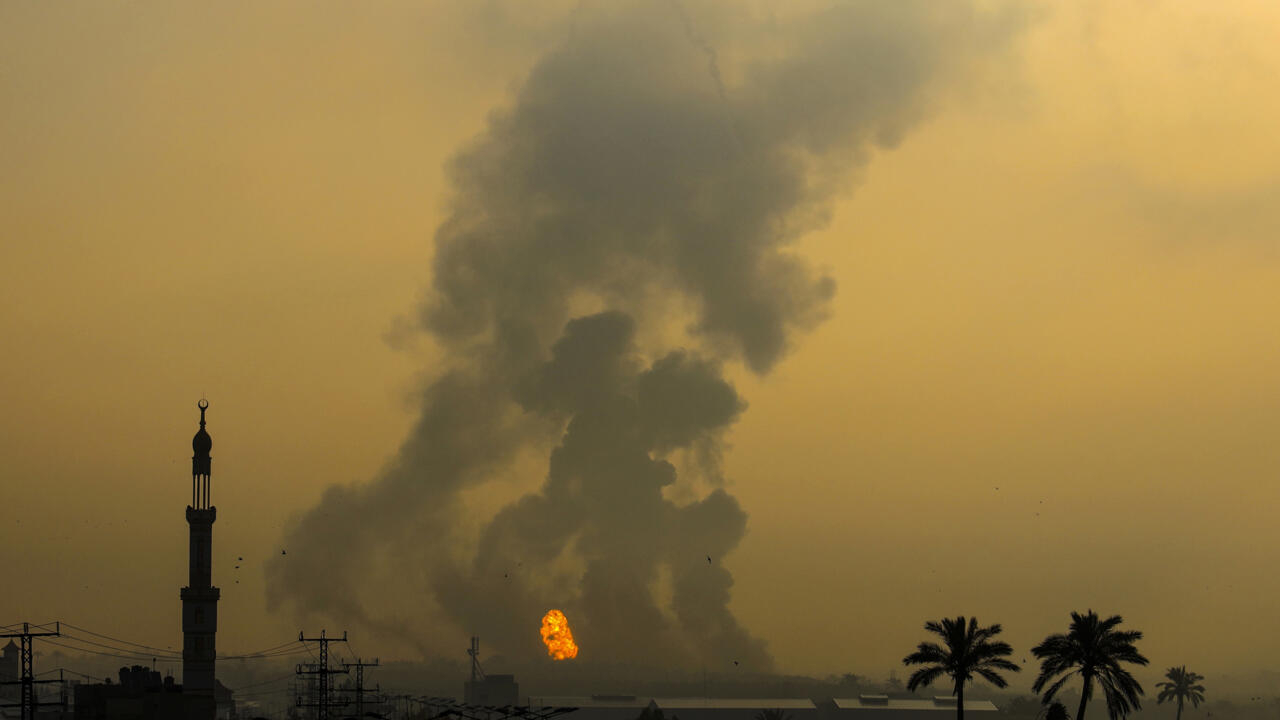 Jerusalem (AFP) – Israeli warplanes struck Hamas military sites in the Gaza Strip on Saturday in retaliation for rocket fire from the Palestinian enclave ruled by the Islamist movement, the Israeli army said.

“A short time ago, in response to the rocket attack, (Israeli army) planes hit a number of Hamas terror targets in the Gaza Strip,” the army said in a statement. a statement.

The strikes came after Hamas “launched a rocket…at Israeli civilians in southern Israel”, he added, adding that the projectile was intercepted by Israeli air defenses.

“The Israeli aircraft targeted a weapons manufacturing site located inside a Hamas military post and three other military posts belonging to Hamas,” the statement said.

After the strikes, fireballs shot through the air leaving black smoke drifting across the territory.

Hamas spokesman Hazem Qassem said the airstrikes in southeastern Gaza City “are an extension of aggression against Palestinian territory in Jerusalem and the occupied West Bank,” after the murder of three Palestinians on Friday.

Twelve Palestinians were also injured in the same incident during an Israeli army raid in Jenin, a stronghold of armed Palestinian factions in the West Bank.

The Israeli army said soldiers came under fire during an operation to search for weapons.

One of the dead was a Hamas commander, the group said, vowing the killings “will not go unpunished”.

Qassem did not say whether Saturday’s airstrikes caused any casualties.

The Israeli military said hours earlier that air raid sirens sounded in the southern Israeli city of Ashkelon and in areas near the blockaded Gaza Strip.

The impoverished coastal enclave of Gaza, controlled by Hamas and home to 2.3 million people, has been under Israeli blockade since 2007.

Last year, Israel and Hamas fought an 11-day war sparked in part by unrest around the Al-Aqsa Mosque compound, the holiest site for Jews, who call it the Mount of Temple.