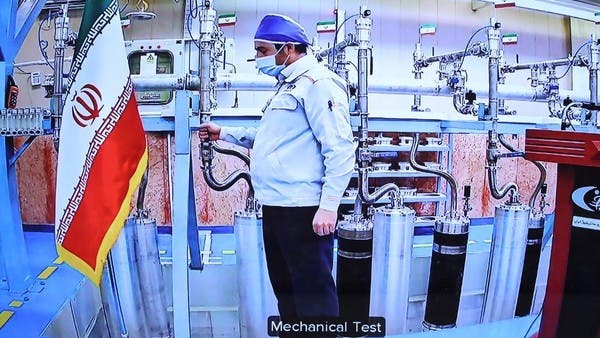 Iran’s top diplomat on Thursday demanded that the UN’s nuclear watchdog drop the issue of the three undeclared sites, as momentum builds to revive a 2015 nuclear deal.

In June, the IAEA’s board of governors passed a resolution blaming Iran for failing to adequately explain the previous discovery of traces of enriched uranium at three sites that Tehran had not declared to have housed nuclear activities.

“We are very serious about the safeguard issues and do not want to let some of the IAEA’s baseless accusations linger,” Foreign Minister Hossein Amir-Abdollahian said, the official IRNA news agency reported.

The issue has poisoned relations between the IAEA and the Islamic Republic, which considers the case “of a political nature, and which should not be used as a pretext to punish Iran”, said an Iranian diplomat, quoted by IRNA.

The comments come a day after the United States responded to Iran’s proposals on reviving the landmark deal trashed by former President Donald Trump.

“We are reviewing the Americans’ response,” Amir-Abdollahian said.

Just weeks after the deal appeared dead, the European Union on August 8 presented what it called a final text to restore the deal, in which Iran would see sanctions relief and could again sell its oil in exchange for severe limits on its nuclear power. program.

Iran came back last week with a series of proposed changes, to which the United States formally responded on Wednesday, a day after Tehran accused its nemesis of obstruction.

The 2015 deal between Iran and six world powers – Britain, China, France, Germany, Russia and the United States – granted the Islamic Republic sanctions relief in return for restrictions on its nuclear program.

The agreement officially known as the Joint Comprehensive Plan of Action, or JCPOA, was designed to prevent Iran from developing a nuclear weapon – something it has always denied it wants to do.

On Tuesday, a senior US official said Iran had lifted its block on some IAEA inspections.