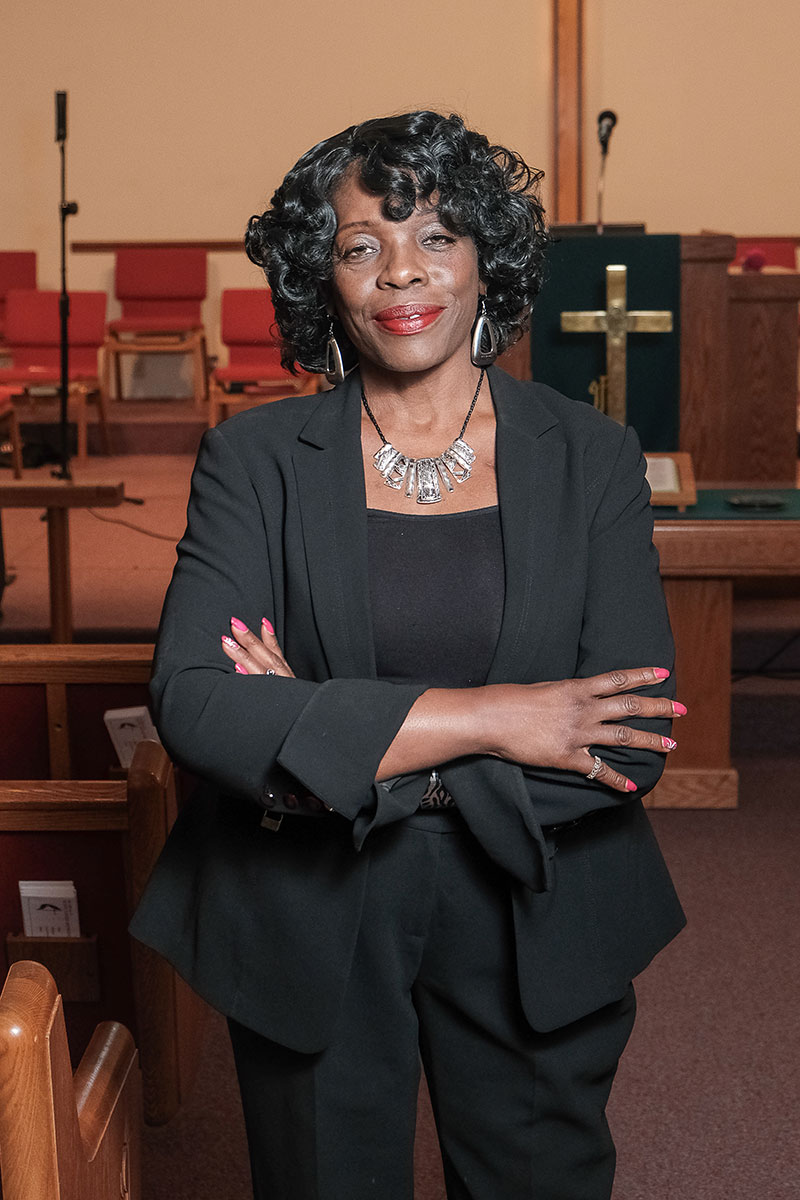 Thanks to a recent $5 million grant from Lilly Endowment Inc. and other financial supports, Indiana Landmarks is expanding its boundaries beyond simple building preservation.

The nonprofit is launching an effort, the Black Heritage Preservation Program, which will work to identify, protect and celebrate places of historical significance that may — or may not — include historic structures survivors.

It’s a new angle on preservation for the Indianapolis-based organization, which was founded in 1960. It built its name on its efforts to save endangered structures in the state, ranging from the West Baden Springs Hotel in southern Indiana at Circus Hall. famous in Peru.

Indiana Landmarks established an African American Landmarks Committee in the 1990s, and it has worked to save several important black history sites since then. But now the organization will for the first time have a full-time, paid staff member who will focus specifically on preserving black heritage. Eunice Trotter, Indianapolis historian, writer, and community organizer, begins work at Indiana Landmarks September 1 as program director.

Trotter, 69, has a lifelong interest in black history and heritage. As a child, she grew up listening to the stories of a cousin who loved genealogy. She then worked in journalism at both The Indianapolis Star and the Indianapolis Recorder. She owned the Recorder from 1987 to 1991 and was inducted into the Indiana Journalism Hall of Fame in 2017. She has also worked in public relations and has served on numerous community boards.

Trotter’s award-winning 2021 book, “Black in Indiana,” focused on his great-great-great-great-grandmother Mary Bateman Clark, who won her release from indentured servitude in a court case of 1821 which set the precedents before the Supreme Court of Indiana.

But despite her wealth of knowledge, Trotter expects that in her new job, she will have plenty of discoveries to make. “I’m probably going to be inundated with stories and stories that we may not know much about.”

Indiana Landmarks President Marsh Davis is also optimistic. “Hopefully we will discover more places and more importantly learn more about these places that we now have very limited knowledge of.”

Indiana Landmarks established a black landmarks program in the early 1990s, but the new black heritage program “really amplifies that work and brings in a new direction,” Davis said.

Conservators have begun in recent decades to take a broader view of the field of preservation, which had traditionally focused on historically significant structures, Davis said.

“There may not be a building or anything on this site, but the place is still important,” he said. “It’s not always about a building.”

Black structures have been particularly vulnerable to destruction to make way for roads, he said, in the name of urban renewal or for other reasons, but the history associated with a place remains, even if some buildings are not.

He cited the example of Indiana Avenue, where, with the exception of the Madame Walker Legacy Center, evidence of a once thriving black cultural center has mostly disappeared. “Almost all the fabric has been erased – and what we don’t want to do is erase the heritage of this place.”

As part of this expanded understanding, Davis said, curators have come to appreciate not only unique architectural structures, but also “vernacular” structures—everyday, common structures that curators might have previously overlooked. “Even these simple buildings, they make a lot of sense.”

This broader understanding is particularly relevant to black history and heritage preservation, as sites related to black history have “often been undervalued and underfunded,” said Brent Leggs, vice president. of the National Trust for Historic Preservation, based in Washington, DC. “So many African American places, for so many reasons, have been lost.”

Leggs is also executive director of the National Trust’s African-American Cultural Heritage Action Fund, which in 2021 provided Indiana Landmarks with a $50,000 grant. This grant helped establish the paid position that Trotter will occupy.

The concept has gained traction over the past five years or so, he said. “It’s happening from Los Angeles to Indiana to local preservation organizations in Georgia.”

But it’s not as common for organizations to take the plunge as Indiana Landmarks does.

“It’s pretty rare to have a paid position where the person is dedicated full-time to helping communities preserve African-American places,” Leggs said. “It’s an exciting opportunity.”

Davis said $4 million from the Lilly Endowment grant will be set aside in an endowment for the Black Heritage program and for the full-time position Trotter holds. “It’s not going to be something we have to fundraise every three years. We can, with reasonable confidence, expect this to be a permanent program.

The remaining $1 million is for grants to be distributed over the next five years. Indiana Landmarks is still working out the details, Davis said, but these grants could fund projects such as capital projects, a lecture series and grants to help cover the costs of nominating a site for inclusion. in the National Register of Historic Places.

She very much hopes that these efforts will generate interest that goes far beyond state borders.

“There will be people looking to Indiana to see what we’re doing and how we’re doing it,” Trotter said. “Now we’re not the first to start doing that, by any stretch of the imagination, in terms of focusing on preserving black heritage. But we are one of the first communities to focus on this and fund this. »•