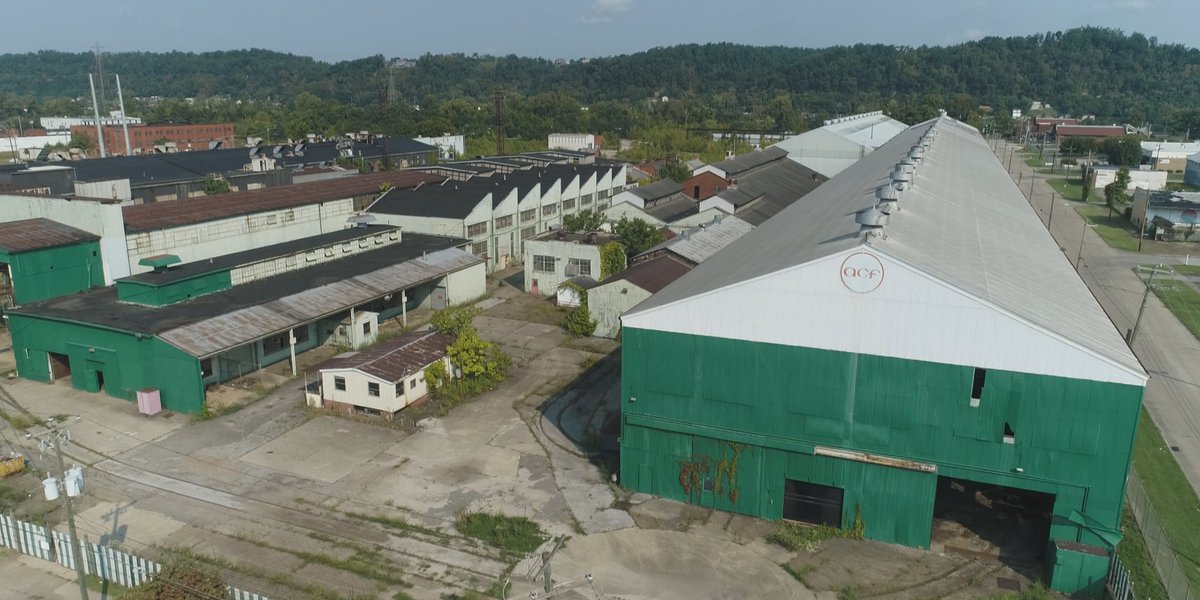 HUNTINGTON, W.Va. (WSAZ) – Millions of dollars in grants, which will be used to transform former industrial properties into 21st century manufacturing sites, will soon arrive in the city of Huntington.

The ACT Now coalition will receive a grant package totaling $62.8 million through the national competition to be used for several economic revitalization projects in southern West Virginia. Of that amount, $15.7 million will go toward transforming two former industrial sites in Huntington into 21st-century manufacturing hubs, the City of Huntington announced Friday.

Coalfield Development Corp., a Wayne-based nonprofit focused on rebuilding Appalachia’s economy from the ground up, will receive $7.5 million to partner with Solar Holler and transform the former Black Diamond factory in the Westmoreland neighborhood of Huntington into a new “Mine the Sun” solar training and logistics center.

“The ACT Now coalition proves that we are infinitely stronger in West Virginia when we come together,” said Mayor Steve Williams. “Because Coalfield Development partners with our major cities, leading academic institutions, economic revitalization organizations and so many others working for positive change, Southern West Virginia becomes a force economy ready to compete in the ever-changing global marketplace. We are now proud to say that our efforts are strengthened by a partnership with the federal government as we meet the challenges of the digital age.

The ACT Now coalition is led by Coalfield Development and includes the cities of Huntington, Charleston and Logan; Marshall and West Virginia universities; and several economic revitalization and innovative private sector organizations. The Coalition’s efforts are focused on building a new economy for southern West Virginia.

Traditionally, the economy of southern West Virginia has been dominated by the coal industry. ACT Now is an opportunity to diversify the region’s economy and make it more sustainable. This will help ensure a just transition to a better economy with better paying jobs and broader community improvement than has been achieved in years past.

According to a city statement, the ACT Now coalition will receive an additional $30 million in matching and leverage support from Bloomberg Philanthropies, the Claude Worthington Benedum Foundation, the Just Transition Foundation and other philanthropic organizations for its efforts to economic revitalization.

U.S. Senator Joe Manchin was a strong supporter of the ACT Now coalition, and U.S. Secretary of Energy Jennifer Granholm, Federal Co-Chair of the Appalachian Regional Commission Gayle Manchin and others supported the progress and efforts of the coalition.

“As the anchor tenant of the H-BIZ Manufacturing Center at ACF’s former industrial site in Huntington, RCBI’s Welding and Robotics Technology Training Center will support the City of Huntington’s efforts to create new employment opportunities in the manufacturing sector,” said Charlotte Weber, longtime director of RCBI. and now Vice President of Government Relations for Marshall University.

RCBI has a nationally recognized welding training program that includes direct custom training for fabricators and a student program in partnership with MCTC. The program, however, has no permanent home and can only provide welding training three nights a week.

Despite this limitation, in seven years of existence, RCBI’s welding program has produced 230 students who have also earned over 1,100 certificates from the American Welding Society (AWS), and the program has been recognized by the National Energy Technology Laboratories as an Advanced Welding Workforce Initiative release states.

The city says a new dedicated welding training site at the H-BIZ Manufacturing Center will allow for a significant increase in enrollment, the installation of state-of-the-art training technologies, and the ability to run day and evenings throughout the year. week to meet student and industry demand.

“As owner and developer of the former ACF site, the Huntington Municipal Development Authority (HMDA) considers it a privilege to lead the redevelopment of this 150-year-old historic brownfield into an environmentally clean industrial and commercial site with modern amenities. , said Cathy Burns, Executive Director of HMDA, “Investing in the regional Build Back Better Challenge will enable existing businesses to retain and add jobs and strengthen partnerships with RCBI’s renowned training programs to meet the growing needs for a transformative workforce.”