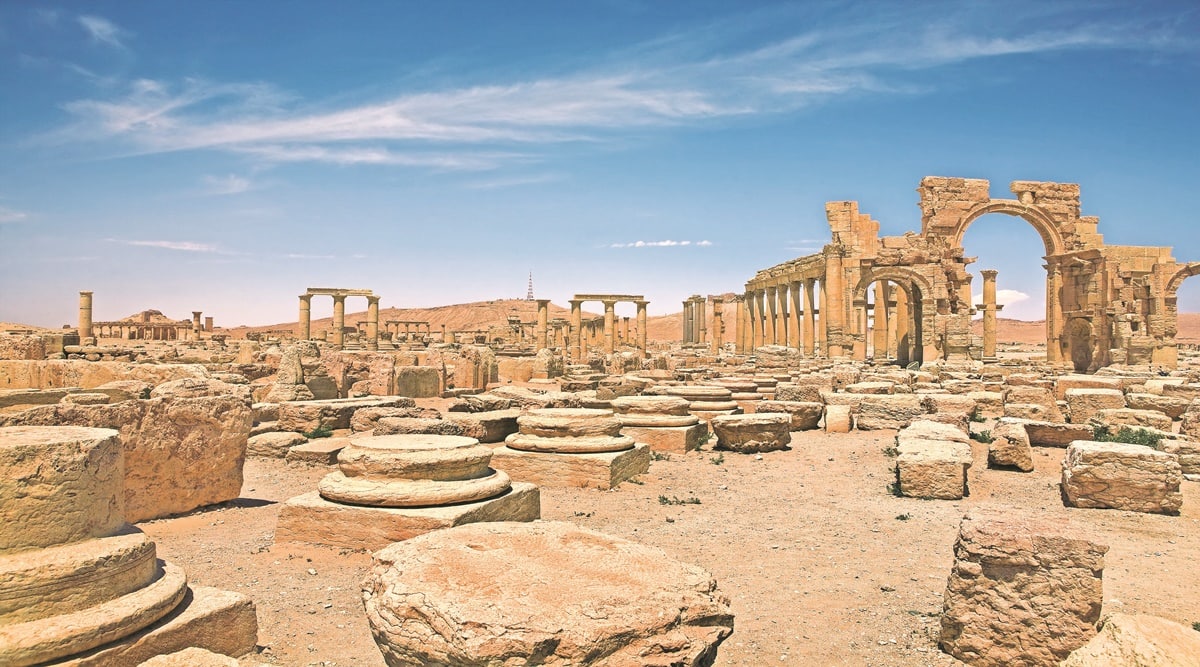 Heritage against war: cultural and heritage sites that have borne the brunt of armed conflicts

When Vladimir Putin-led Russia invaded neighboring Ukraine in February this year, few were clear about its intentions. Unfortunately, this remains the case more than three months after the start of the war. Was it to thwart any further expansion of NATO (a Cold War-era military alliance formed to contain the Russian-led USSR), or for regime change in Kyiv, or to rebuild a “Russia history”, no one knows. However, what we do know is that thousands of Ukrainians, including children, have been killed, thousands injured, while millions have fled to neighboring countries.

As the war escalated, Russian tanks breached Ukrainian soil, Ukrainians put up courageous resistance and the global community increased pressure on the aggressor, UNESCO sounded the alarm over the damage caused to heritage sites across the country. And rightly so. Ukraine is home to as many as seven UNESCO World Heritage Sites, in addition to many other sites that have stood the test of time and two world wars.

Since the Russian invasion, more than 130 Ukrainian cultural sites, including religious sites, museums, historic buildings, monuments and libraries, have suffered damage, confirmed UNESCO, the United Nations agency for culture. These include the Maripul Museum, the Ivankiv Museum, and the Drobytskyi Yar Holocaust Memorial, among others. Fortunately, none of its seven World Heritage Sites were damaged.

“Cultural sites define the past of a country and its people,” says archaeologist and historian Nayanjot Lahiri. In some cases, these are deliberately destroyed in order to “humiliate”. However, in other cases, the destruction occurs as “collateral damage”, adds the expert, professor of history at Ashoka University.

Once in the Bamiyan Valley in central Afghanistan stood the tallest Buddha statues built somewhere in the 5th century AD, a testament to its Buddhist past. Constructed under the Gandhara school of art, the twin Buddha figurines aptly represented the place where East and West came together in Afghanistan by depicting an Eastern religion with Hellenistic elements.

Sadly, nothing remains of the Bamiyan Buddhas as the Taliban destroyed them in 2001. “The saddest thing is that the same group responsible for the destruction is now in charge,” said archaeologist KK Muhammed, former Regional Director (North) of the Archaeological Survey of India. The Islamist group, which ruled from 1996 to 2001, regained power last year after a bloody siege.

Afghanistan is located along the ancient Silk Road. “He always fell in the route of the caravans”, according to the archaeologist. And “once upon a time there were nine languages ​​spoken there. So it should have been a very liberal community,” the pundit says, adding, “But what went wrong there, nobody knows.

Long before it was marred by an ongoing civil war (since 2011), Syria once captured the hearts of all historians, archaeologists and art lovers. Part of an ancient civilization, Syria over the years came under the control of the Romans, Greeks, Mamluks and Ottomans and each of the conquerors added to its architecture in their own way.

A civil war, which broke out in 2011 between the forces of dictator Bashar al-Assad and his opponents, has completely changed his present and his future. The worst came with the rise of the Islamic State. The battle left around half a million Syrians dead and millions displaced. The country’s fascinating architecture suffered the same fate.

Syria is home to as many as six UNESCO World Heritage sites, all of which have suffered immense damage. The world was appalled when Islamic State militants blew up the centuries-old temples of Baalshamin and Baal in the ancient city of Palmyra. They also blasted the 2,000-year-old Arc de Triomphe built under Roman rule. The ancient city of Aleppo is another World Heritage Site that has borne the brunt of brutal war. Its former citadel has often been caught up in fighting between pro-Assad and rebel forces. In 2015, a wall of this citadel collapsed in an explosion. Both sides blamed each other. It has also become a military camp for Assad’s army. Aleppo is also home to the 8th century Ummayad Mosque, also called the Great Mosque of Aleppo, another heritage site that was lost in war. “It’s like blowing up the Taj Mahal or destroying the Acropolis in Athens,” archeology professor Helga Seeden told The Associated Press at the time. “This mosque is a living sanctuary. It is a disaster. In terms of heritage, this is the worst I have seen in Syria,” she added. Other heritage sites, including the ancient city of Bosra and the Crac des Chevaliers, also suffered the same fate.

The jewel of Africa

The city of Timbuktu in northern Mali has been a World Heritage Site since 1988. When armed conflict erupted in 2012, Islamist fundamentalists took control of areas in northern Mali. Jihadists have attacked, vandalized and destroyed historic mausoleums. Not only that, thousands of ancient manuscripts were charred. In the first such decision, the International Criminal Court convicted jihadist Ahmad Al Faqi Al Mahdi for leading attacks on such sites. The destroyed mausoleums were later rebuilt by local stonemasons working for UNESCO.

When World War II broke out in Europe in 1939, the 15th-century stained glass windows of St. Michael’s (Old) Cathedral were moved to the church’s crypt for protection. However, the structure could not brave the 11 a.m. German air raid on November 14 and 15, 1940. The attack, one of the deadliest of World War II, damaged the cathedral, leaving only its tower , its spire and its outer walls. intact. Given the carnage, the Nazis quickly coined the term “coventrieren”, which means to shave. The old cathedral has not been restored. Instead, a new one was built next door and opened to the public in 1962.

During World War II, as the Allied powers suffered losses, so did the Axis. The worst came on August 6, 1945, when the United States dropped its first atomic bomb on the Japanese city of Hiroshima. It erased 12 km of the city’s area, killing 30% of its population. Considering the scale of human suffering it caused, any damage to important buildings might seem small. However, a structure was the symbol of the most destructive human creation. It “also expresses hope for world peace and the ultimate elimination of all nuclear weapons,” UNESCO says. The structure is the former Japan Prefectural Industrial Promotion Hall, now called the Hiroshima Peace Memorial. Built in 1915 by the Czech architect Jan Letzel, it was a place for presenting and selling prefectural products and hosting shows and art exhibitions. However, during the war, many government agencies took refuge there. When the United States dropped its lethal bomb, it suffered extensive damage. However, it remained the only structure left standing near the bomb’s hypocenter.

The structure was not redone and was kept as it stood just after the bombing. Faced with opposition from the United States and China, UNESCO inscribed the Peace Memorial on the World Heritage List in 1996.

Whether a damaged cultural site needs to be rebuilt “depends on the nature of the destruction”, explains Professor Nayanjot Lahiri. “If it’s completely destroyed, it’s better not to rebuild,” she said, adding that “every country has its own way of doing things.”

Meanwhile, archaeologist KK Muhammed is of the opinion that the destroyed sites “should be rebuilt, because in time whatever remains will also be lost.” He gave the example of the Bateshwar temple complex in the Chambal Valley which was destroyed in an earthquake. The complex housed hundreds of 8th to 11th century temples dedicated to Lord Shiva and Vishnu, which lay in ruins. Thanks to the efforts of a team of ASI archaeologists led by KK Muhammed, 80 of the 200 ruined temples have been reconstructed.

“The technology is there,” he says, explaining anastylosis, a technique in which a ruined building or monument is restored using the original architectural pieces combined with modern elements.