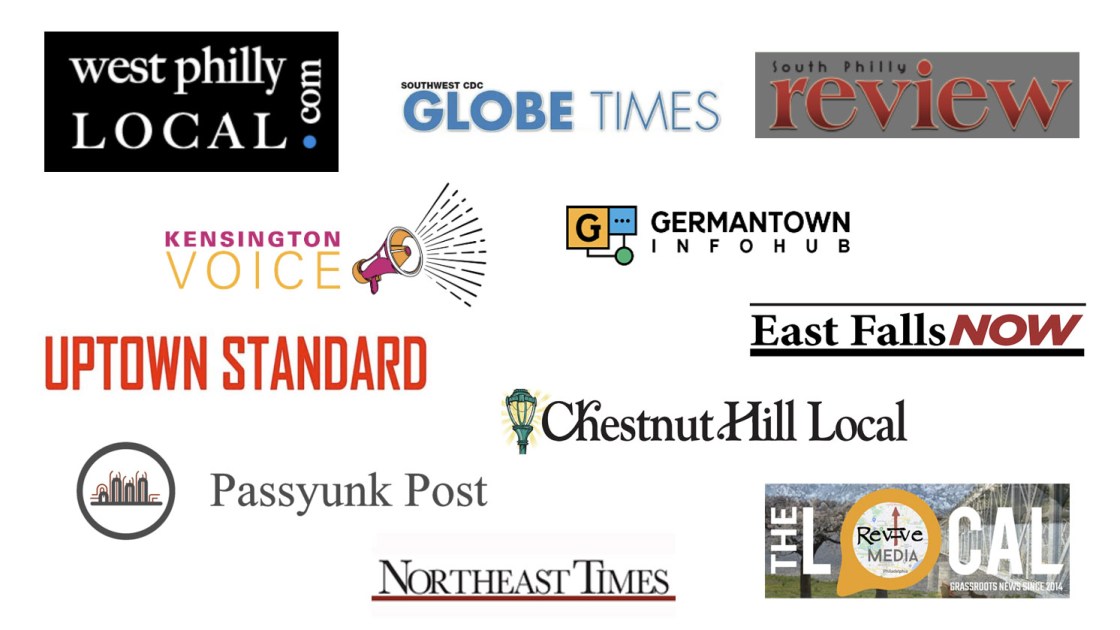 Across the country, local newspapers have taken a hit over the past two decades. But some of Philadelphia’s hyperlocal news outlets survived — and some newcomers even thrived.

If you’re looking for a smart take on Philadelphia news, Billy Penn is obviously your go-to. But what about a place to keep up with daily happenings in your neighborhood, like the ins and outs of zoning applications, new sports leagues, or the latest news on what’s opening on the street?

Here’s a guide to some of the best neighborhood media in town and how to get involved in community coverage.

How to get it: Printed copies of Kensington Voice are available from newspaper boxes at these pitches. Community organizations can also request printed copies to be delivered free of charge monthly, using this form.

Who is behind? Kensington Voice was born out of Temple University in 2018, thanks to the work of student journalists and organizers. In 2021 it left the jurisdiction of Temple and became a non-profit newsroom with sponsorship from the Federation of Neighborhood Centers. He also receives funding from a handful of other sources, including the Lenfest Institute and Resolve Philadelphia (both of which also funded Billy Penn).

How to get it: Subscribe to a daily news digest via email here

Who is behind? West Philly Local was founded in 2010 by married couple Mike Lyons and Julija Kulneva, who continue to run the site. Lyons is a longtime reporter, most recently for the AP in Eastern Europe, and a Temple elder who returned to Philadelphia. Kulneva previously worked for The Baltic Times, an English-language Eastern European newspaper, before moving to Philadelphia.

How to get it: Northeast Times prints every Wednesday and travels to homes in the coverage area. It is also distributed in several pickup locations in the Northeast. You can also find digital copies at northtimes.com.

Who is behind? The editor is Tom Waring and the sportswriter is Joe Mason. The paper, founded in 1934, is a publication of Newspaper Media Group, which is headquartered in New Jersey and owns other hyperlocal pubs including The Bensalem Times, The Cherry Hill Sun and South Philly Review.

Who is behind? Founded in 1947, the community newspaper is now a publication of Newspaper Media Group, the same owner as the Northeast Times.

Who is behind? Founded in 2012 as a “little hobby blog,” Passyunk Post is now published by Joseph F. Marino as of 2018, though the stories are a group effort by neighborhood reporters, editors, and contributors . sailor, who lived in East Passyunk throughout his life, has also been involved with the East Passyunk Crossing Civic, the South Philly Food Co-op and the East Passyunk Community Center.

How to get it: Subscribe to the email newsletter on the infohub website. (Look for the large green box at the top.)

Who is behind? The Germantown Information Center was launched through a collaboration between a community advisory group, researchers and student journalists from Temple University and Jefferson University, community outreach specialists, volunteers and partners media. It grew out of a study conducted in 2017 and 2018, which identified concerns about coverage of Germantown in existing local media. Its current team includes journalist Rasheed Ajamu and community organizer Maleka Fruean.

How to get it: You can sign up for email online, in the section on the right side of the page that says “newsletter”. You can also find printed copies at locations on this card.

Who is behind? Founded in 2014, The Local is a program of CultureWorks Greater Philadelphia. He is also a partner of WHYY’s News and Information Community Exchange (NICE). Founders and editors are Steve and Carolyn Fillmore, and Germantown editor is Sandy Smith.

How to get it: The monthly newspaper does not appear to have social media, but it does ship to all residential addresses in East Falls (approximately 6,000 homes). It is also available at various area businesses, as well as the Falls of Schuylkill Library, SEPTA stations, and Jefferson University.

Who is behind? Founded in 2018, the newspaper is affiliated with the East Falls Community Council. Its co-editors are Bill Epstein and John Gillespie, and it is printed by Chestnut Hill Local.

How to get it: You can choose from different print and digital subscription options here.

Who is behind? Owned by the Chestnut Hill Community Association, this local newspaper was established in 1958. The newsroom is led by editor Carla Robinson, associate editor Kristin E. Holmes, editor Len Lear and reporter Tom Beck . (Robinson, Holmes and Beck are all relatively new to the paper, which has been trying to be more news-oriented in recent months, according to Beck.)

Who is behind? Founded in 2020, the Uptown Standard aims to serve African American communities in Northwest Philadelphia. It became a partner of WHYY’s News and Information Community Exchange (NICE) in 2021. James Williams is its editor.

How to get it: You can subscribe to the free email newsletter at the Parkside Journal website. (Look for the blue bar on the left side.) You can also access PDF editions here.

Who is behind? Founder, Editor, and Publisher is Community Resident Michael Burch and Co-Editor is Juanita Alexander.

How to get it: The newspaper is published biweekly and 6,000 copies are distributed throughout Southwest Philadelphia. You can also subscribe to the bi-weekly newsletter here.