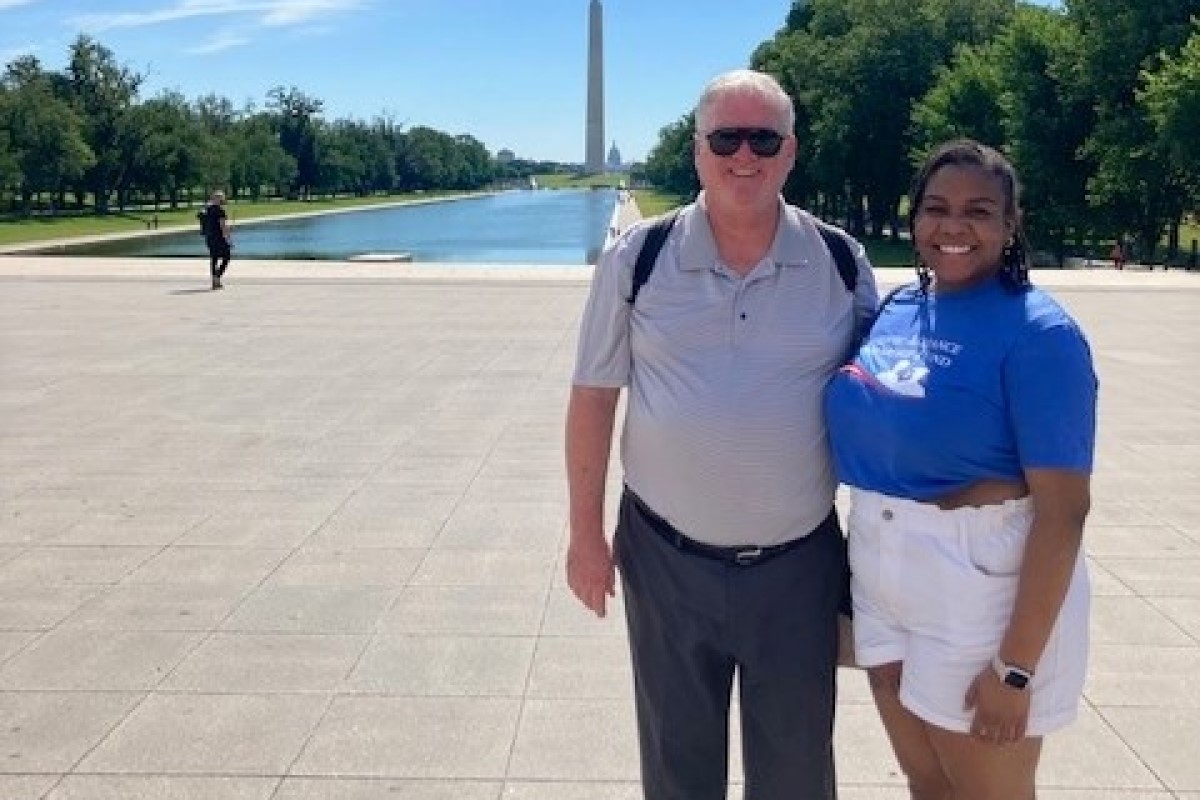 CLARKSVILLE, TN (CLARKSVILLE NOW) – Krista McSwain, who grew up in Clarksville, was just 5 years old when she lost her father in Baghdad.

sergeant. 1st Class Clarence D. McSwain of Meridian, Mississippi, was on his third tour of Iraq when a roadside bomb exploded near his convoy.

Even though she was so young at the time, she has fond memories of him. “I remember how happy he was and how warm his smile was,” she said. “I remember going to places in Fort Bragg, North Carolina, and feeding the ducks.”

Her father was involved in the global war on terrorism, which began immediately after the attacks of September 11, 2001.

Impact of his legacy

Over the years, McSwain has become involved with Gold Star Families, an organization designed for families who have lost loved ones in the line of duty.

In college, she joined a program called Freedom Alliance, which helped her financially and gave her a scholarship.

Now a senior at the University of Memphis, McSwain was recently able to travel to Washington, DC, with 11 other students and visit the National Mall and Arlington Cemetery.

The trip was more than just for sightseeing; it was also an opportunity to raise your voice on the placement of a national memorial that will honor all those who lost their lives during the Global War on Terror.

Michael R. Rodriguez, President and CEO of the Global War on Terrorism Memorial Foundation, the driving force behind the creation of a War on Terror Memorial, was there to provide a guided tour of the National Mall Reserve, where there are many national memorials.

“I had a lovely morning with them on Friday,” he said.

The students had the chance to give their opinion on the memorial and share their stories.

Rodriguez said it was just as inspiring for him as it was for the students. “They talked a lot about the memories they had of their fathers, and I wanted to know more about my brothers.”

McSwain said it was a great experience. “We were able to visit several places (to offer suggestions) on the location of the new memorial,” she said.

McSwain said his preference was a small shaded area near a body of water. “We looked at four different places and this was the first place we looked at,” she said.

“It was quiet, super serene, and it was a great place for people to sit and remember their family members,” she said.

The trip had a huge impact on McSwain.

McSwain said his future plans were influenced by his father’s legacy. She is majoring in international studies with a minor in legal studies, and plans to continue her graduate studies.

She hopes to have a future in foreign affairs, with the aim of working to prevent wars in the future.

“My (father’s story) marked me a lot. This is one of the reasons I care about service to others.