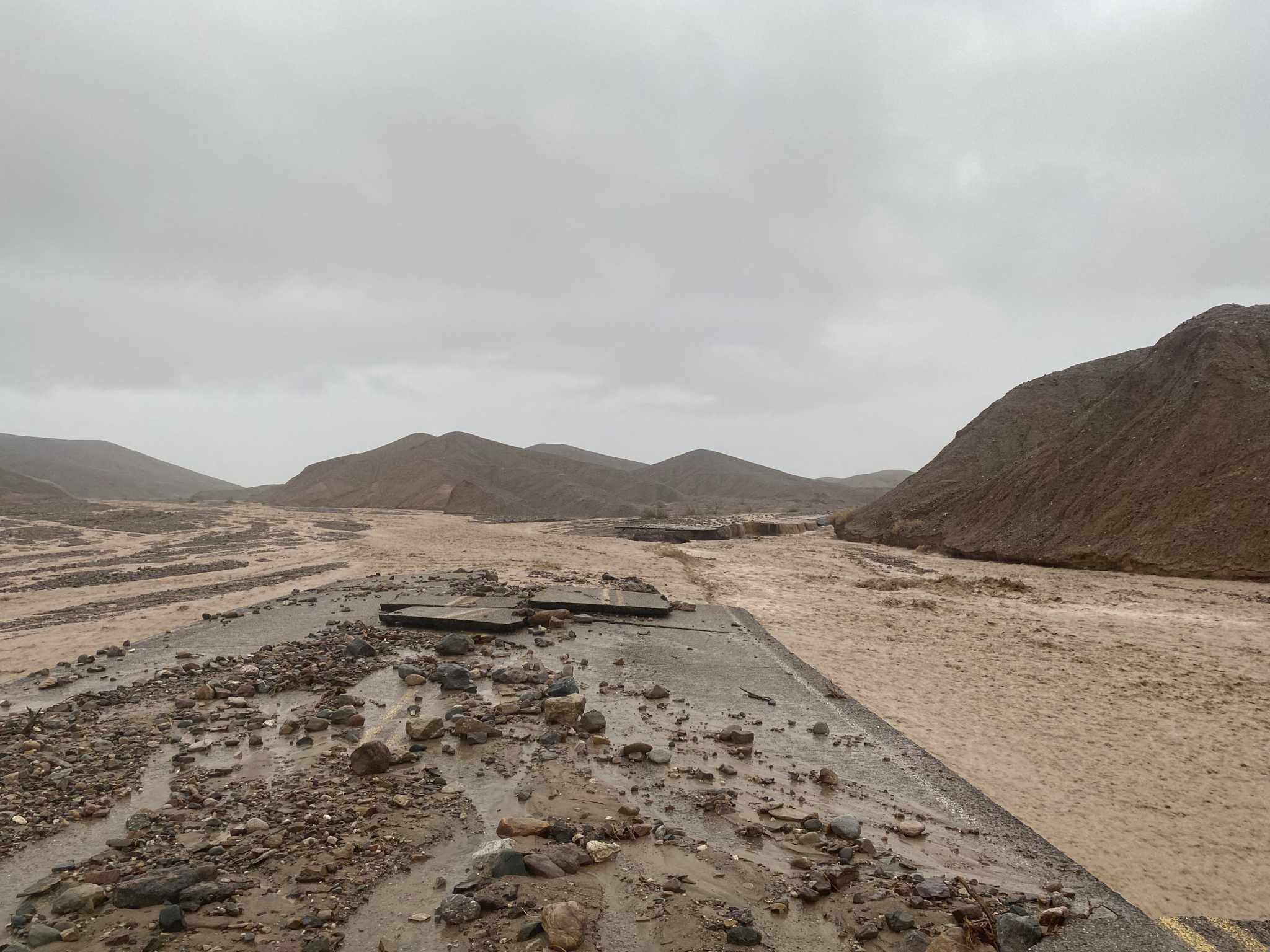 This is a carousel. Use the Next and Previous buttons to navigate

Locations that will reopen include Furnace Creek Visitor Center, Badwater Basin, Zabriskie Point and Mesquite Sand Dunes, according to the park’s Facebook page.

Access to the park will be limited to State Route 190 and Panamint Valley Road.

Visitors have been warned to plan ahead and not to rely on GPS as all other paved roads will remain closed for repairs, and backcountry roads are still being assessed.

On August 5, Death Valley was hit by historic monsoon thunderstorms that caused millions of dollars in damage to roads and facilities.

Joshua Tree urged visitors to drive carefully and watch out for desert tortoises as the water encourages them to emerge and they can be mistaken for rocks on the roads.

The National Weather Service’s San Diego office said another surge of monsoon humidity will increase the chance of mountain and desert thunderstorms through the weekend. A new surge is expected in the middle of next week.