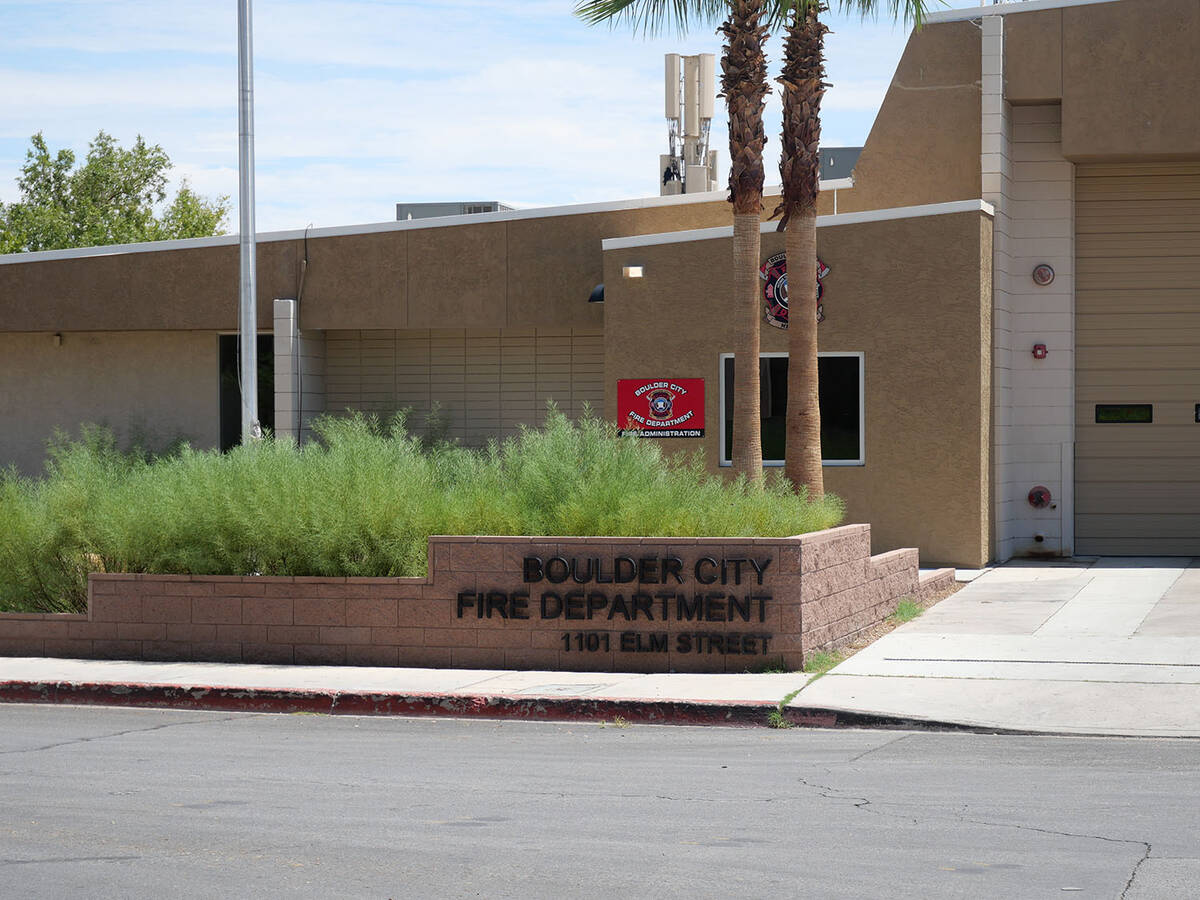 Two locations are targeted for a new Boulder City fire substation that the city council approved last month to help the department improve emergency response time. The proposed new fire station, called Station 122, is considering sites at Quartzite Road and Nevada Way as well as at 701 Adams Boulevard. The city owns land in both locations.

The decision to build another fire station follows several studies that identified the Boulder City Fire Department as having “response capability gaps” in their departments.

The studies that found this were the 2016 and 2021 Bureau of Insurance Services Assessment Report, the 2018 Geographic Information System Emergency Response Capabilities Analysis Report from the International Association of Fire Fighters and the 2021 Community Risk Assessment.

The main areas of concern that the reports found were that the fire department is understaffed and some neighborhood areas, such as the Lakeside, Del Prado and San Felipe areas, are out of a time of four minute drive to the fire station.

“The fire department has identified that a second station is essential to ensure most areas of the city can be reached within the nationally established six-minute response time,” the fire department said in a statement. an official report.

Last month, the fire department responded to a double-wide mobile home fire on Lake Mountain Drive. Fire Chief Will Gray said it took nearly 10 minutes to get to the blaze, and by the time the department arrived on the scene, the ceiling was already on fire.

“Now if we have a fire on this side of town, we can get there a lot sooner,” he said.

In terms of construction, the fire department is not looking to replicate its current barracks but rather to build a complementary additional barracks on the other side of town. They proposed a 2,300 square foot building, which is about the size of a four-bedroom, three-bathroom house with two large RV-style garages.

The fire department obtained a cost estimate in October 2021 from a local contractor. It would cost $1.5 million to build and would take nine months to a year to complete. Moreover, it would cost around $35,000 to furnish and $10,000 to maintain each year.

“The department understands that there are competing interests in the city’s limited finances, but believes this is the most critical public safety issue facing the city today,” the department said in a statement. his report.

In July, the city approved spending $1.9 million on public safety projects, including the new substation, of the $7.9 million it received under the American Rescue Plan Act.

For staffing, the fire department applied for a federal grant that would hire nine additional employees for the new substation. This subsidy is not guaranteed and Gray said that if they do not receive the subsidy, they will be transferred to the existing units.

Gray mentioned that he had heard some concerns from the public about siren noises in the city. He reminds the public that sirens are only used for emergency purposes and to clear traffic. They are not used at night if the streets are empty and the siren is unnecessary.

“They won’t hear much of this. Sirens mean someone in our community is in a life-threatening emergency. We don’t do it just to do it,” Gray said.

A job design request is being sent. Then the city council will vote on the matter because more than $150,000 is spent before they can finally innovate.