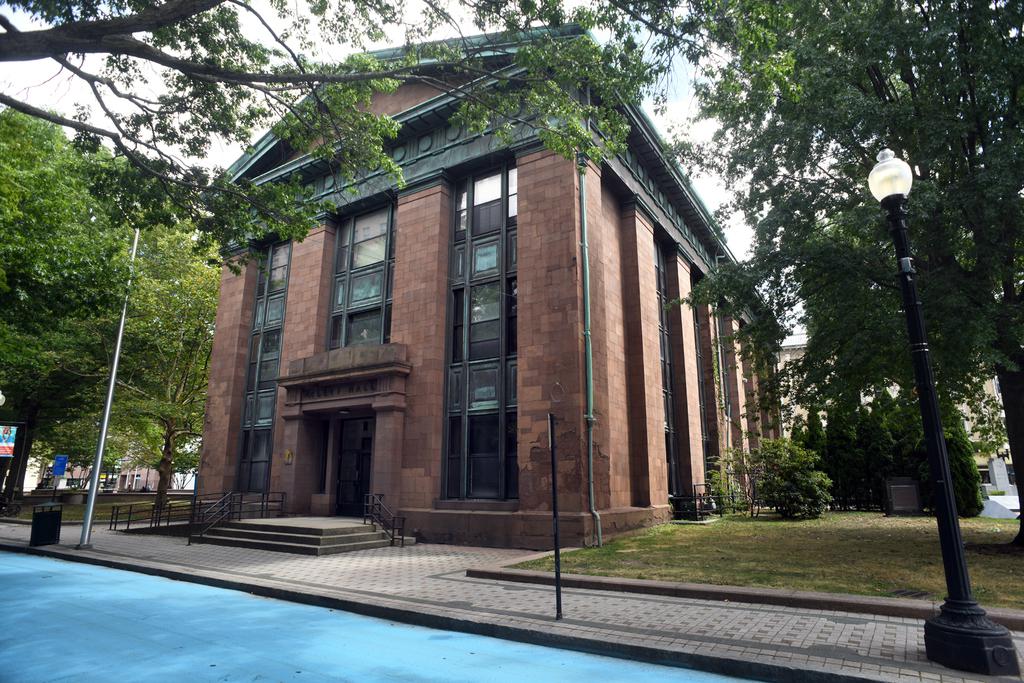 Few are interested in developing key sites in downtown Bridgeport

BRIDGEPORT — Located in the heart of downtown on Broad and State streets, historic McLevy Hall looks like an attractive investment for developers who recognize the neighborhood’s potential.

But when the Department of Economic Development – ​​located directly opposite in the Government Center – earlier this summer solicited proposals for the municipality-owned building, it garnered a surprisingly low number of responses before the end-June deadline.

“We only got one,” William Coleman, deputy director of economic development, said this week.

And this was not an isolated incident. A similar situation occurred earlier that same month when a single interested party offered a vision for another prominent downtown structure, Davidson’s Fabrics on Middle Street.

Coleman declined to provide details on either submission, arguing that, on the advice of the city’s legal department, “respondents may consider their proposals and concepts as their intellectual property — their creative property.”

He said his agency would “likely” recommend Davidson’s interested developer to city council for approval, and is in the early stages of evaluating the single response for McLevy Hall.

Although there have been some bumps downtown, with some business closures, including the Holiday Inn, and the coronavirus pandemic impacting daily office rentals, over the past few years, new accommodations were built and new restaurants and other attractions like the Stress Factory comedy club and the Berlinetta brasserie opened.

So why the lack of interest in the McLevy and Davidson offerings?

“I have a few theories,” Coleman said.

He thinks the request for proposals or request for proposals process, which involves soliciting, reviewing and selecting proposals and then what can be a sometimes lengthy and contentious review process by the city council for final approval , “could be a little more stuffy than the development community as a whole prefers.

“It’s important for us…to have a very visible and transparent public process,” Coleman said. “(But) if you’re a private sector guy, the market is hot and you have business on your mind and want to move on, you tend to be a little faster and a little smoother than the RFP process does not require it from you.”

Coleman also said some potential candidates “may have been put off” by the fact that McLevy Hall, built in 1854, is listed on the National Register of Historic Places, which means there are strict requirements for any work done there. down. But this historic designation also means potential developers could also benefit from special tax credits.

Particularly when it comes to large projects on city-owned properties, this RFP process isn’t easy, with developers sometimes publicly grilled by skeptical council members who have seen their fair share of damage. ‘splatter locations fail and want to avoid giving the store to what are perceived to be wealthy developers.

Anthony Stewart, in an interview last December, said he had been chosen by the Department of Economic Development to transform the former AGI Rubber site on the outskirts of downtown at 141 Stratford Ave. into a mixed-use commercial and residential project comprising a 10-story building with 200 market-priced and affordable units.

Stewart said this week he believed the deal would come before the board soon, although Coleman declined to even confirm whether Stewart’s proposal had been chosen for the AGI land.

“You’re talking to a guy who goes through these ‘hoops,'” said Stewart, who grew up in the East End, pursued a career as an out-of-town contractor and, in recent years, has returned to investing in Bridgeport. Stewart, who said he was not the nameless developer interested in the McLevy or Davidson structures, agreed that the complexities and bureaucracy involved in municipal agreements can potentially be a hindrance.

Coleman also believes that a private parking garage near McLevy Hall on Bank Street that has been “run down” is another issue for potential investors in the neighborhood.

“And when you consider that the buildings around McLevy are historic, built in the days when there was no accommodation to park, the significance of that garage becomes heightened,” Coleman said. “If he was in good condition, he could be a huge asset for the growth of this region.”

Stewart called McLevy Hall a “magnificent building” but said the Davidson site may be in too bad shape for many developers.

“It’s almost a tear,” he said. “It takes a lot of work. The walls were crumbling inside. It was just full of stuff. … It’s a big project.

Coleman in June acknowledged: “It’s not in great shape inside. We were concerned about security and being able to get people through (for visits). We even had the idea of ​​bringing a drone inside and the drone operators told us they couldn’t do it.

Another local developer – John Guedes – struck a deal in 2019 to build apartments on municipal land at Congress and Main streets, and was also the buyer of the Holiday Inn last winter, which he is primarily converting into apartments with a restaurant and a conference center. Construction of both projects is underway.

Guedes said while he remains very interested in bringing even more housing to downtown, “My vision is on a larger scale.” For him, McLevy Hall and the Davidson building were too small to talk about.

“And others of my stature probably feel the same way,” Guedes said.

He added that in the case of the Davidson building, Bridgeport should also have offered neighboring parcels. But nearly four years ago, the economic development office instead picked a developer to build a $12 million “premium hockey and ice skating training facility” on that vacant lot.

This effort, however, was met with opposition from some council members and managers of Wonderland of Ice, the municipal and private ice rink, who questioned whether the downtown facility would hurt their business.

The municipal authorities have so far not declared the project dead. But Guedes said this week: “The city knows it – and everyone does too – that the rinks will not be built.”

“Therefore, this property will be re-tendered for development. And that is the size property that I am looking for,” he said. “Small sites are too difficult and don’t really achieve what I consider to be the necessary objective for the city centre.”