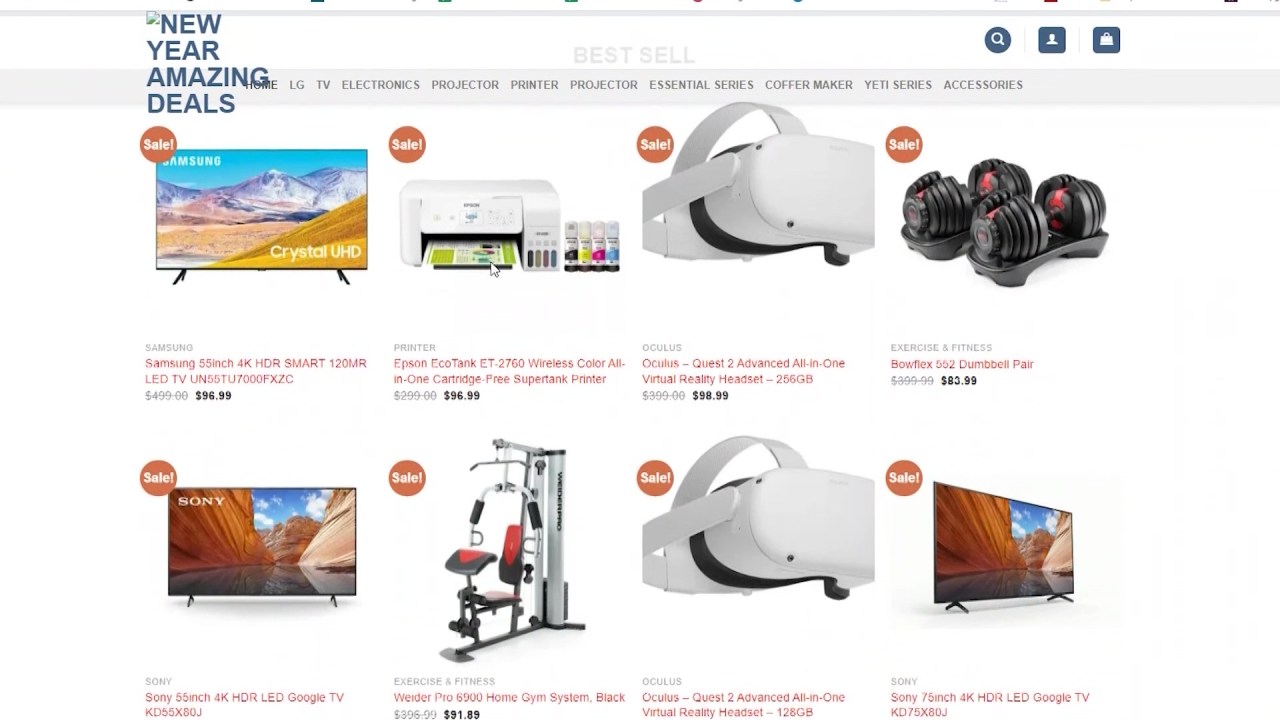 Fake retail sites are on the rise

(WSPA) – We all love a bargain, but sometimes that search can lead you down a dark road on the internet. Many shoppers are finding that scam retail sites are becoming more deceptive than ever.

How to spot a fake, in this consumer exclusive from 7News: No products, no refunds.

Not too long ago, the go-to advice when buying online was to check things like that trusted lock next to the web address.

Dawn Hansen has found out the hard way that security is no longer foolproof.

THE BOGUS SITE HAD A LOCK URL

“It had all the checkboxes to make it look like it was legit,” Hansen said, referring to a site her 11-year-old son had found online.

Hansen says he had stumbled upon a deal on a virtual headset that normally costs $399. At Antowor.com, it was a quarter of that, and he got excited.

“He was saving his money to mow grandpa, and he came across one and it was $90 online, and everything on the site looked legit, he had refund policies, he said it’s was a secure site, an address, an email to email them, all those sorts of things,” she said.

ADS ON REAL SITES CAN TAKE YOU TO FAKE RETAILERS

Shannon Aldana said she started on a legitimate site.

She said she saw cheaper deals in the “other retailers” section, which is how she helped her friend find a $96 tablet, also on Antowor.com.

At $300 off, it would have been an “incredible deal” as advertised on the site, that is, if it ever showed up.

“I emailed them, called them and left a review. They never got back to me and the review disappeared,” Aldana said.

HOW TO SPOT A FAKE

Every product is in the $90 range, whether it’s a grill or a flat screen TV.

And the “About” section only mentions beach towels, but there are none for sale.

Then there’s the retailer’s Fountain Inn address, on Laughingtree Court.

7News visited the address and found it to be a house. The owner was understandably alarmed.

“How did they get my address, it’s scary,” said Carl Putnam, the home’s owner.

Vee Daniel, president of the Better Business Bureau, said the scariest part is that it’s one of 14 retail sites that appear to be connected.

They may sell different items, from tires to handbags to electronics, but all have well below market prices, the same web host, and identical “about section” language. Again on a product not sold: towels. Towels that, oddly enough, according to the site, are “absorbent without shedding.”

“This one is definitely more than anything we’ve seen before. And I’m sure that’s just the beginning, I think as they change the products they probably open more sites,” Daniel said.

And the BBB said, steal photos too.

In the attached video, you can see an example of a Schwinn stationary bike listed for just $88 instead of $650. This award is a red flag in itself.

To find out where the photo is on the internet, right click on the photo to search for “Google Lens”, and it shows that the photo was taken by legit retailers who still offer it for the price range of $600.

Confirmation emails sent to Aldana were only comforting for a few days.

ALWAYS PAY WITH CREDIT AND NOT DEBIT CARD

“If it’s too good to be true, it’s probably a scam. And if you do it anyway, always make sure to use your credit card. Because for her, they automatically dropped the charges, and she’s good to go,” Aldana said.

Unfortunately, Hansen had used a debit card and was out of money.

“It’s awful, he’s an 11-year-old kid who’s worked hard for his money, and you know you’re trying to teach him values ​​to earn your money to pay for things like that, and that’s just, it’s sad,” Hansen said.

Hansen also had to change his debit card, because the scammers had this number.

7News and the BBB have reported these sites to the host. Antowor has been taken down, but new sites pop up all the time, so buyer beware.

2022-07-25
Previous Post: Hayfield MMC investment rolled out to six live development sites
Next Post: Try These 4 Travel Deals Sites For Your Next Vacation