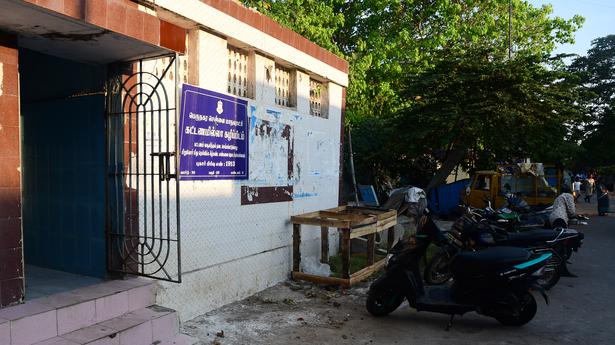 The Greater Chennai Corporation will launch a drone survey to identify new locations for modern public toilets in the city.

Under the new proposal, public toilets will be available every 500 meters along the city’s thoroughfares and bus routes. The civic body has identified 84 locations for the construction of the new toilets in the city based on the recent announcement by the Minister of Municipal Administration and Water Supply KN Nehru.

No less than 252 toilets will be built in Royapuram and Thiru. Vi. Ka. Nagar area and Marina Beach in the city. Marina Beach is set to have new restrooms in 11 new locations. The Company will ask the Highways NoC and CMDA to develop new toilets along the main thoroughfares.

Sections such as Anna Salai and Poonamallee High Road will have new toilets every 500 yards, city officials said. Private agencies will develop clean toilet buildings integrated with commercial units, including cafes at 50 locations in areas such as Pondy Bazar in T. Nagar and OMR. Work is underway, officials added.

The company’s commissioner, Gagandeep Singh Bedi, said the civic body had finalized the toilet design and given the go-ahead. “The zones have already put out tenders for toilets and urinals,” he said.

Construction of new toilets will begin in May and will be completed in three months. In the northern region of Chennai, 268 toilet seats and 221 urinals would be provided at 107 sites. Tenders have been launched for the installation of 84 seats and 80 urinals.

Tenders have been launched for 268 seats out of 385 seats at 148 locations in central Chennai. Teynampet area will receive the highest number of toilets out of 37 locations in Central Chennai. In South Chennai, 111 locations have been identified for modern toilets and tenders have been issued for 244 seats and 170 urinals. The Adyar zone in the southern region will receive new toilets at 46 locations, the highest number among the five southern zones.