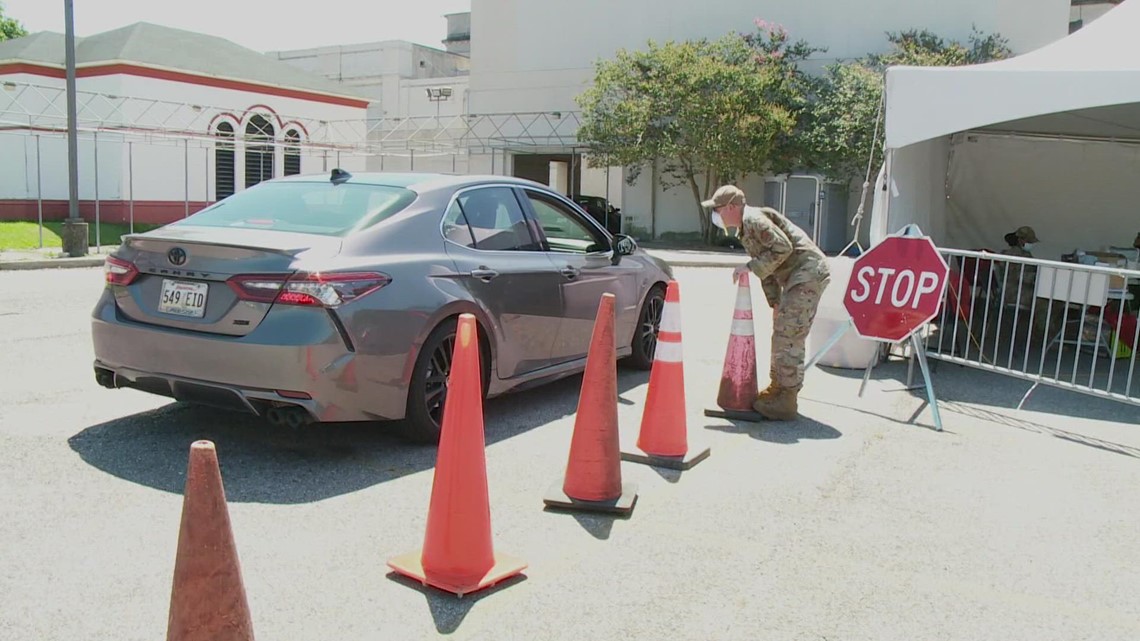 NEW ORLEANS – There is a new stage in the pandemic.

Deshonda Jolly and her children drove to the drive-up location outside the Mahalia Jackson Theater for a final test.

“We’ve been sick so this place is very convenient,” Jolly said. “We come, test to find out our status.”

Former New Orleans City Councilman Jay Banks showed up with a carrot cake to thank the Louisiana National Guard soldiers who did the tests and administered the vaccines.

The Alario Center site in Westwego is also now closed.

“The federal government was considering pilot sites,” said JP President Cynthia Lee Sheng. “Of course, we raised our hands. We were truly one of the first federal pilot sites to be open and I believe we would have been open the longest.

During its operation, the site tested more than 39,000 people and administered more than 5,000 doses of vaccine.

Lee Sheng says the site is closing at a time when the need for testing is no longer what it has been for the past two years.

“Even though we’re averaging over 200 new cases a day and still 5 deaths a week, that’s not where we were before and obviously we’re all living our lives and it’s a very different life that we’re living. right now,” Sheng said.

Back in Mahalia Jackson, people who depend on the testing site are grateful that the covid numbers have fallen. But they have mixed emotions about the sites being shut down.

As the National Guard retreats, they fear the virus is still with us.

“Hopefully other entities or other agencies will still be there to provide the service now that the military is gone, but the need hasn’t gone away,” Banks said. “The need has gone down, but it hasn’t gone away, so it’s bittersweet.”

“I have the home test, I ordered online from the feds, which they sent out,” Jolly said. “I am worried (because) the numbers are increasing. test centers are closing.

Going forward, those in need of a covid test or vaccine can go to one of the community health centers in the area or call their local pharmacy or doctor.

“Words cannot express our gratitude for the tremendous partnership with the State and LANG during this pandemic. And while we understand that they now have other missions to perform, we know that it comes at a much better time: home testing is readily available, and vaccines and testing can still be found in many locations around the city on the city calendar at ready.nola.gov/incident/coronavirus/.

► Receive the latest news from your neighborhood directly by downloading the new FREE WWL-TV News app now in the IOS app store Where google play.