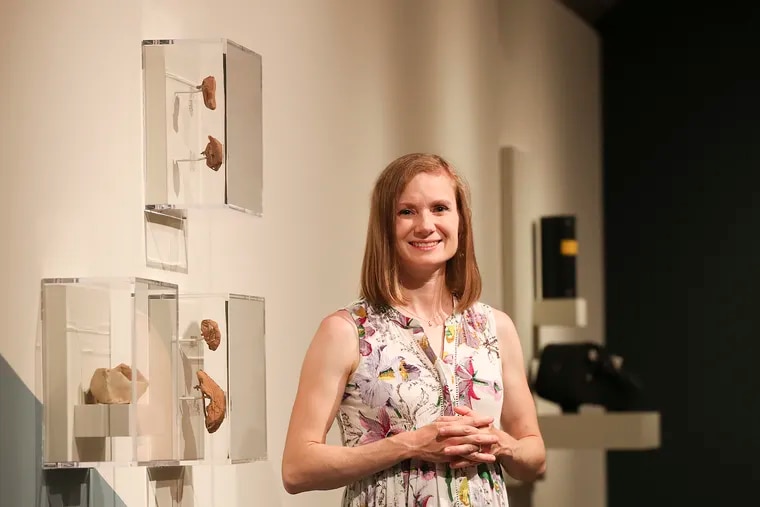 It is not that aerial archeology is new, but that it is old.

Images taken from above to observe what might be buried underground have been used by archaeologists for more than a century, and researchers at the Penn Museum have embraced the technology since at least the 1920s.

But no one ever used the most famous treasure trove of Cold War aerial imagery, those produced by high-flying U-2 spy planes, first deployed by the CIA to photograph anywhere in the world from 1956, a point documented in a small exhibition at the museum, “U-2 Spy Planes & Aerial Archaeology”, on view until fall 2023.

The exhibit, curated by Emily Hammer, assistant professor of archeology and anthropology at Penn, and Jason Ur, professor of archeology and ethnology at Harvard, documents the results of their painstaking work, sifting through hundreds of rolls of declassified U-2 footage from the Middle East, determining where the footage was taken, what it showed and didn’t show, and isolating which could be used and which could not for a reason or another.

The work took about three years to identify and assemble images into recognizable landscapes. None of the images had been indexed or identified by the government in any way – Hammer and Ur were essentially flying blind in the fog of the Cold War in the 1950s.

“Hundreds of U-2 missions have taken place all over the world, but we only worked with the Middle East missions because that’s the part of the world we work in and know well,” said Hammer in a telephone interview. “You have to know the geography well to be able to determine from these photographs where the plane flew. And not all missions in the Middle East have been declassified because the US government does not declassify images of Israel.

Eventually, over three years, Hammer and her colleague identified, tracked and indexed a dozen assignments, “a little piece of the archive,” she said.

Archaeologists today have access to multiple sources of post-U-2 aerial imagery – from drones to satellites and Google Earth imagery.

But U-2 spy footage from the 1950s is unique in almost every way. Their resolution is very high, and thanks to the Cold War thirst for surveillance, American spy planes flew everywhere looking for military installations and photographing everything, providing images of ancient archaeological features.

Former President Bill Clinton declassified the treasure in the mid-1990s. And then the footage ended up in the National Archives, virtually unused by researchers, largely because there were so many of them, and it was all so anonymous. . Hammer and Ur took a crack.

U-2 images and images from early satellite programs, which Clinton also declassified. are invaluable, Hammer said. Not only do they show clear evidence of major archaeological features of the landscape – ancient roads, irrigation systems, the sprawl of ancient cities – but they also show the world of the 1950s, a less developed landscape, less brutalized by climate, less manipulated than the one visible today.

The world of Iraq in 1960, for example, presented a different landscape than today – which can be seen with U-2 images of southern Iraq, which show a vast swamp – and not the parched plain of today.

“It takes some training to see the archaeological features in these images,” Hammer said. “But the main thing you see in them is how people lived in the 1950s. There are ways of life that no longer exist today. One of them is the swamp way of life in southern Iraq. Iraq is mostly a desert, but the southern part of it was once a huge swamp that was flooded seasonally by the floods of the Tigris and Euphrates. For thousands of years there were Arab populations that lived in the marshes.

Not anymore. Turkey, Syria and Iran first started building dams on rivers for hydropower plants. Then Saddam Hussein retaliated against Muslims in southern Iraq for supporting Iran during the brutal Iran-Iraq War of the 1980s. Saddam drained the swamps in the early 1990s.

“People’s way of life has been totally destroyed,” Hammer said.

“People have now spent several decades living in cities, they will not return…to waterfowl hunting and fishing, and animal herding,” she said. But in the U-2 spy photos, it’s all there.

“We can see all the things they did and how they lived in the swamps in the 1950s,” she said. Indeed, one section of the exhibition amounts to a case study on this rapid transformation and consequent erasure of “an intangible cultural heritage that no longer exists”.

Two other sections of the exhibit focus on older landscape features, difficult to see by someone digging a small hole in the desert. An exhibit section explores vast stone features called “desert kites” – traps for mass-killing animals in herds.

Kites must have been vicious enclosures when they were erected in southern Jordan perhaps 9,000 or 10,000 years ago. But captured by U-2 cameras 70,000 feet in the air in 1960, they have a delicate otherworldly beauty, large rounded heads outlined in stone and long spindly stone legs that stick out.

“They’re really beautiful,” Hammer said. “It is these massive stone constructions that are hundreds of meters long and were designed to trap herds of gazelles. When you look at them from an aerial perspective, they look like a child’s kite, which is why they are called desert kites.

The exhibition also focuses a bit on the city of Ur. Hammer spent time in Ur.

U-2 photos suggest that Ur was once much larger with the Euphrates flowing near the city.

Today, several millennia later, Ur is “located in the middle of a steppe desert”, Hammer said. The Euphrates has “changed course considerably over thousands of years”. she says. The U-2 images show the river’s ancient channels and its proximity to the city, aiding discussion of Sumerian water distribution, she said.

As dramatic as the U-2 images may be, they have yet to be verified in the field.

“You have to look to see, is there any architecture there?” she says. “Are there potsherds and other artifacts visible on the surface that indicate settlements existed in the past? And also we needed to check for traces of the ancient courses of the Euphrates.

Has this been verified?